Sacked by text message: Zero-hours contract workers laid off because of coronavirus’ impact 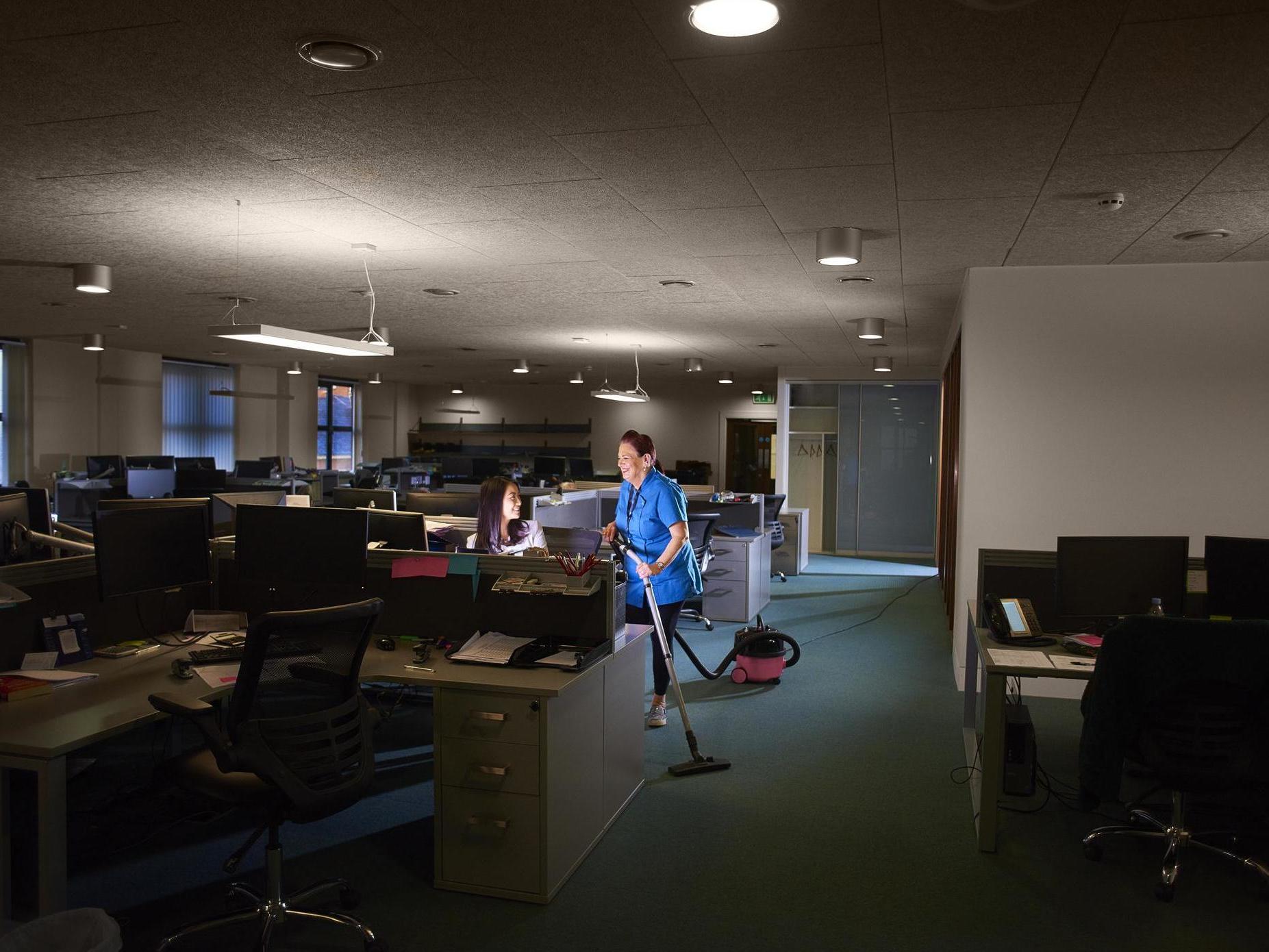 For many of Britain’s precarious workers, the future is more uncertain than ever – despite a government plan to pay 80 per cent of wages for employees out of work during the coronavirus pandemic.

Charlie Powell, 23, and 12 colleagues working for outsourcing company Aramark were informed last Monday that, as of that evening, their services were no longer required.

“I can’t say we were necessarily surprised that they didn’t give us any notice,” says Powell.

“But we were all a bit dismayed that there was no mention of pay or any kind of indication that the managers would be discussing or seeking for us to be paid during this closure given that they’ve just taken away all of our income.

Powell had been employed by Aramark at a bar at the University of London, working around 30 hours a week since moving to London in October. However, her contract did not guarantee any hours each week.

The job was her sole source of income, as it was for a number of now unemployed colleagues. The university had decided that all “non-essential parts of its business” would be closed down, the message informed them.

The university says it has received “assurances” from Aramark that all staff will continue to be paid through the Covid-19 closure. Aramark promised to pass on further information when it could, but a week later nothing has materialised. Aramark did not respond to requests for comment.

The situation highlights a lacuna in the government’s jobs support package. Last week, the chancellor said the government would, for the first time in Britain’s history, step in to pay private sector wages. The move means state grants will cover up to 80 per cent of salaries for workers “furloughed” – on a company’s payroll but temporarily not needed for work.

The idea is that once Covid-19 is under control and trade picks up again, those employees can start working without having to go out and find a new job.

It has been welcomed by unions and workers but the scheme only applies where companies decide to take it up.

Rishi Sunak said on Friday that workers on zero-hours contracts would be covered, as long as they were paid through PAYE. But many of these workers have simply been let go en masse in any case. Self-employed workers, who are not on PAYE, are not covered at all and will have to claim benefits if their work dries up and no new government measures are enacted.

Powell says she will not be able to pay rent this month, nor will several former colleagues.

“I’ve applied for universal credit but it’s a five-week wait at the outset. They’re trying to make it faster but I don’t know if that’s likely to happen given the entire hospitality industry is probably knocking on their door right now.

“I’m feeling pretty grim about it. It’s a bit dismaying. The silver lining that’s come out of it is that we’ve all really come together as a workforce, everyone who works at the bar.

“We’ve got nothing to lose now so we’re all ready to fight to be paid through the closure.”

They are taking the fight to the University with the help of the Independent Workers’ Union of Great Britain (IWGB) to demand they are paid throughout the shutdown for the hours they’ve been working over the past three months.

More details on government support for zero-hours workers will be revealed “shortly”, the chancellor said last week. Further support is also expected to be forthcoming for the self-employed. For Powell and others in her position, the clarification cannot come soon enough.

Coronavirus poses a slightly different, but no less daunting, problem for Sandra Tochez, a cleaner at University of London.

Until Friday, she cleaned the university’s Senate House building for three hours every weekday morning. In the afternoon, she made her way over to the halls fo residence to clean. Then she was told not to come in.

She says that the outsourcing company that employs her, Cordant, told her and several other cleaners that they would only be paid for their “contracted” hours.

For Tochez, that meant just the three hours in the morning, so her pay had more than halved. If Tochez had been furloughed under the government’s scheme, she would have received 80 per cent of her pay for three months.

She had been fighting for two years to have the four hours she works every afternoon to be recognised on her contract rather than classified as “overtime”. She says Cordant has refused.

Cordant disputes Tochez’s account and says: “All staff across our business will continue to be paid for their contractual hours as well as any overtime worked.”

This gives little comfort to Tochez and the other cleaners.

“We are all extremely worried as we all have debts to pay and this money is not going to be enough to make the payments,” she says.

“It’s shameful that [the company] will do this to us when we have supported them, we have done overtime on the weekends to help them out.

“It’s just not acceptable that they do this to people who have been working there for such a long time.”

Millions of self-employed and gig economy workers who at present have even less financial support if they can’t work during the pandemic.

Greg Howard, a rider for food delivery service Deliveroo, says his recent decision to self-isolate cost him around £400 a week.

“It is stressful. I don’t know how long this situation is going to go on for, nobody does. It does put a bit of fear and a bit of trepidation in me,” says Howard.

Deliveroo has set up a hardship fund for its riders who cannot work but there have been problems accessing it because riders must provide a doctor’s note. The government announced in the Budget that workers could obtain one via the NHS’ 111 helpline but this service is not yet available.

With millions of people now in enforced isolation, drivers involved in food distribution are recognised as crucial for the functioning of the economy but many feel they do not have the support they need.

Courier services often do not employ staff directly but treat them as independent contractors, leaving the onus on the individual to ensure they are safe, well and not at risk of spreading the virus.

Riders are doing all they can to protect themselves and others but they are being put in a difficult position, as Howard explains: “Deliveroo have announced they will fund up to £20 the purchase of hand sanitisers, hand gels, soap, that kind of thing. We can’t get hold of that, nobody can get hold of that.”

He believes that Deliveroo has been better at helping riders through the coronavirus crisis so far than some other gig economy companies, but there is much more to do.

Alex Marshall, 35, couriers & logistics branch chair of the IWGB union, is pushing for firms to cover riders’ pay if they can’t work.

He adds: “These companies need to take some responsibilities for workers that really could be integral to society to keep moving forward in these really troubling times.”

“They can’t continue to just say that these people are self-employed and totally in control of their own sanitising and everything. That responsibility is too much for one guy on his motorbike with a box on the back.”