Coronavirus: UK government to pay 80% of wages for those not working during crisis 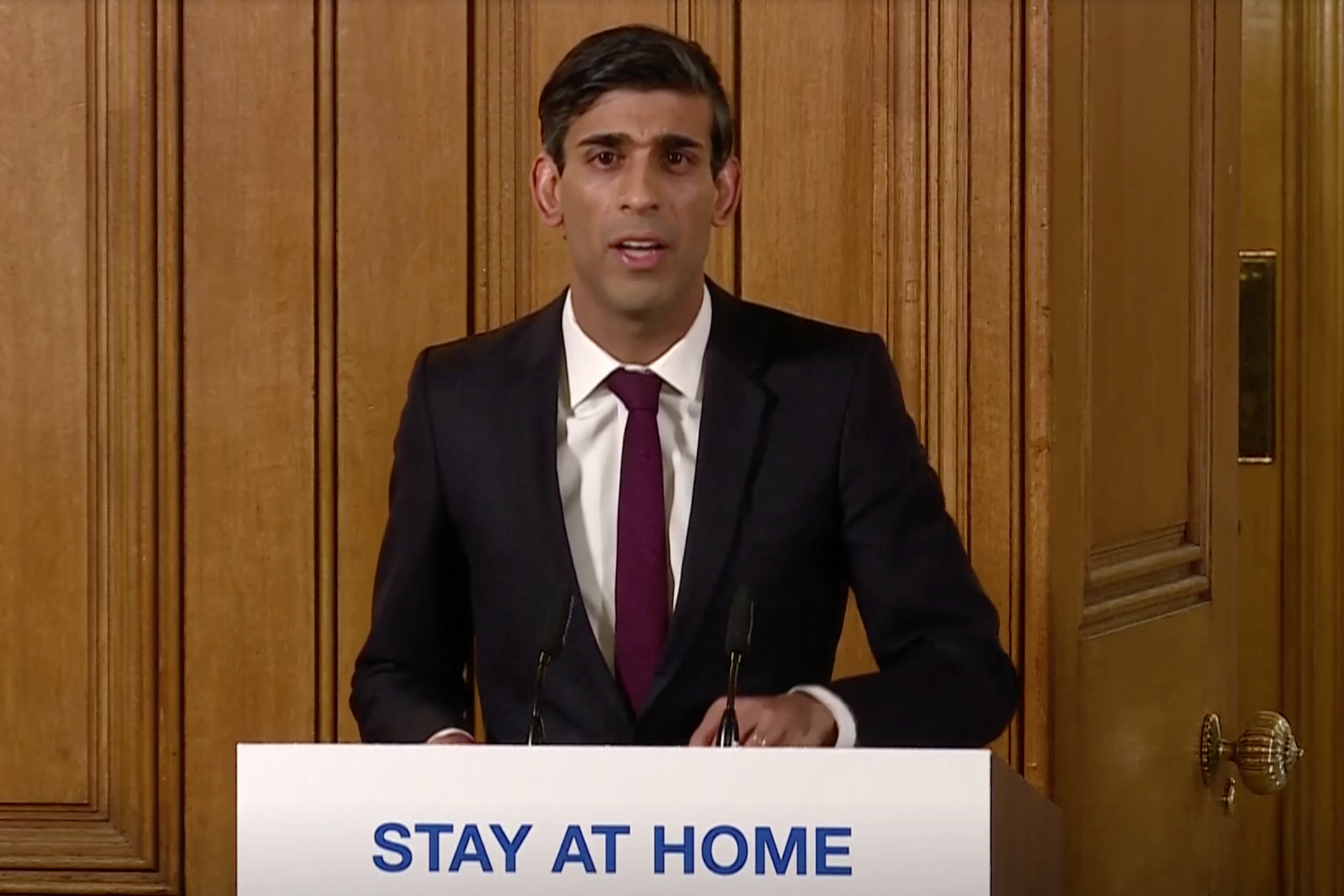 The government will pay up to 80 per cent of wages for workers’ at risk of being laid off due to the coronavirus pandemic, the chancellor has announced.

Any employer in the country will be able to apply to HMRC for payments of up to £2,500 per worker per month – just above the median UK income – Rishi Sunak said on Friday.

The unprecedented move means the government will guarantee a proportion of the salaries of millions of workers, if employers keep them on their payrolls rather than laying them off.

The scheme will be open for three months initially but will be extended if required, the chancellor said, before laying out a raft of additional measures designed to support businesses and jobs.

Grants will be available for “as many jobs as necessary” he said before also announcing £1bn of support for renters, tax relief for the self-employed and increases in universal credit payments.

It came as pubs, bars, restaurants and leisure centres shut down in the latest intensification of social distancing measures designed to slow the spread of Covid-19.

Those restrictions, while necessary to protect public health, will be disastrous for many businesses and jobs as economic activity slows down drastically.

The chancellor said: “I have a responsibility to make sure that we protect, as far as possible, people’s jobs and incomes.

“Today I can announce that in the first time of our history, the government is going to step in and help pay people’s wages.

“We’re setting up a new coronavirus job retention scheme. Any employer in the country small or large, charitable or non-profit, will be eligible for the scheme.

“Employers will be able to contact HMRC for a grant to cover most of the wages of people who are not working but are furloughed and kept on payroll rather than being laid off.”

A loan scheme unveiled earlier this week to help firms through the crisis will now be interest free for 12 months rather than the six months previously stated.

The chancellor increased the universal credit standard allowance for the next 12 months by £1,000 a year, and raised the working tax credit basic element by the same sum.

Self-employed workers will be allowed to defer self-assessment payments until January 2021 and can claim universal credit at a rate equivalent to statutory sick pay.

However, the UK has one of the lowest rates of SSP in Europe at just £94.25 per week, meaning many freelancers and self-employed workers could see a significant drop in their pay.

Former Labour leader Ed Milliband tweeted: “This is a very welcome announcement for employed workers. I am afraid it appears inadequate for the millions of self-employed, gig economy workers.”

IPSE, which represents self-employed workers, said the government had done “nowhere near enough”.

Andy Chamberlain, director of policy at IPSE said: “Despite unprecedented measures to support employees, the government has still left the self-employed trailing far behind.

The shadow chancellor called on the government to go further in support of households.

He said: “As more and more people responsibly self-isolate, it is necessary that disconnection of vital utilities (electricity, gas, water and internet) are suspended for as long as social distancing advice is in place. And as mortgage payments are suspended, so must debt payments and bailiff orders.”

Some other unions welcomed the government’s announcement. Tim Roache, GMB general secretary said: “We’re not natural bedfellows with a Conservative chancellor, but in a time of unprecedented national crisis it’s important we work together for the good of workers and the economy.

“This package of support will help. Securing jobs through government underwriting of wages is hugely welcome, and that’s what we’ve been calling for action on.

“We will be pushing hard for all those employers that can afford it, to pay an extra 20 per cent to secure the incomes of their employees.”

A string of large firms have issued warnings about the impact of coronavirus this week. Marks & Spencer said on Friday that it may have to shut stores while Jaguar Land Rover became the latest car maker to temporarily shut down its UK factories after Ford, BMW and Vauxhall announced similar closures.

Britain’s £120bn hospitality industry has been among the hardest hit as trade has fallen precipitously in recent days, prompting fears for the sector’s 3.2 million jobs.

The Campaign for Real Ale (Camra) welcomed the news that pubs and bars would still be able to offer delivery services, despite being closed down to trade on their premises from Friday night.

Camra’s national chairman, Nik Antona said: “Pubs and the wider hospitality industry now have clear instruction that closing their doors is the right thing to do and the confidence that the government will support their staff and their business.

“This decision will ensure that they can emerge from this crisis in the best position to rebuild their businesses and continue to offer their vital community service to their customers.”

The Federation of Small Businesses (FSB) expressed concern that government cash to cover wage costs may not be available for a month, leaving small firms with an immediate cash-flow problem.

“Executed swiftly, it will protect livelihoods and the viability of small employers. Putting a straightforward application process in place for the scheme will be central to its success. Many small employers will today be breathing a huge sigh of relief.”