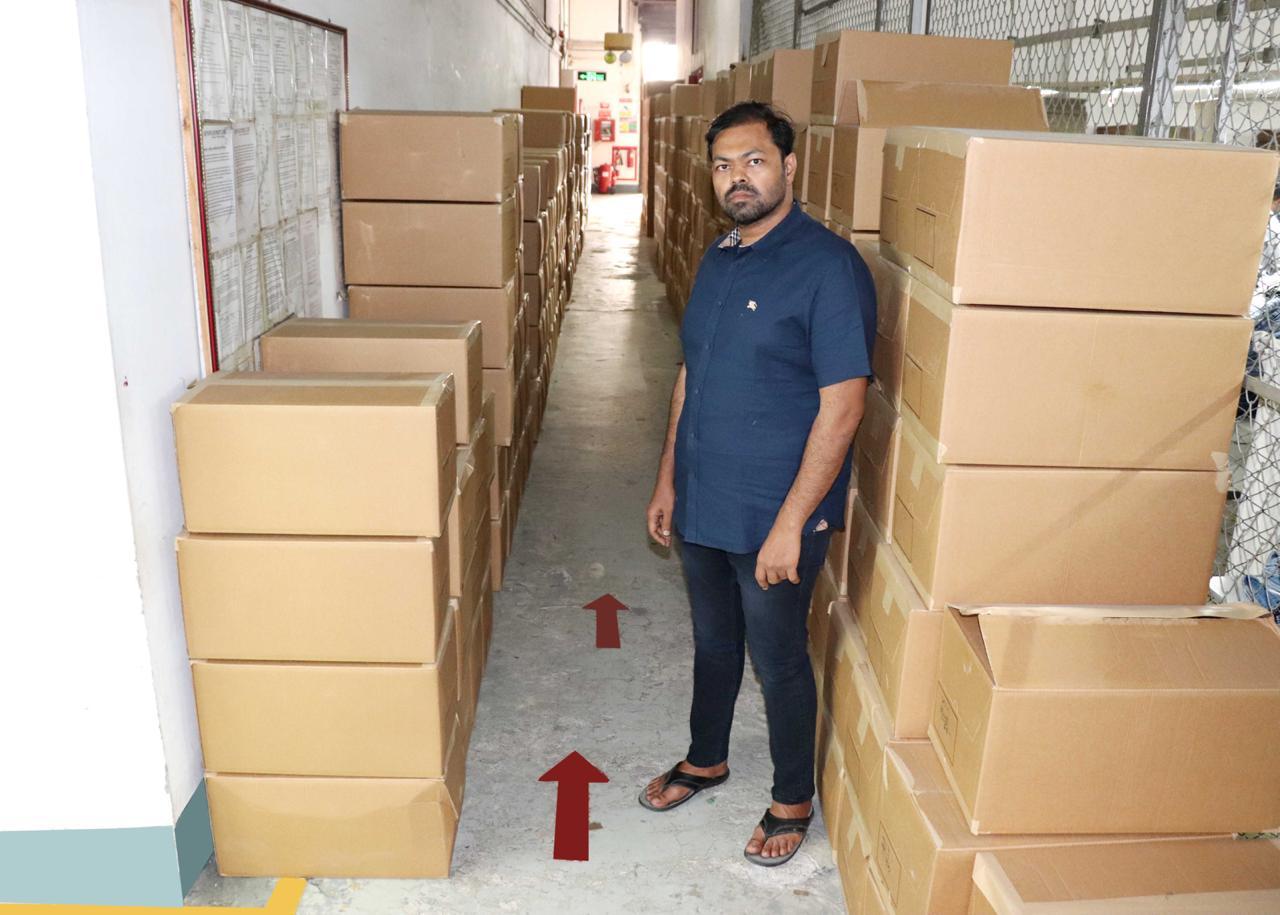 A Bangladeshi factory owner has warned he will go out of business within days, leaving 2,000 workers facing “destitution” unless Sir Philip Green’s Arcadia group honours contracts for thousands of items of clothing.

Mostafiz Uddin, who owns Denim Expert Limited in Chittagong, says his company is on the brink of collapse after months of requesting payments for goods that were ordered before the coronavirus pandemic.

Thousands of boxes of garments remain stacked up in Denim Expert’s factory even as Topshop stores reopened to large crowds on Monday after lockdown conditions were eased. Mr Uddin is one of a number of suppliers who say that Sir Philip’s fashion empire has refused to pay for millions of pounds worth of orders, leaving them struggling to pay workers and keep the lights on.

Mr Uddin told The Independent that he was forced to shut down production two weeks ago because cancelled orders meant his cash flow had dried up and he could not pay money owed to suppliers of materials. He said he is now paying out $25,000 per day in costs but has no income, and now fears that without an urgent resolution he will have to close his doors for good.

The Bangladesh Export Processing Zone, where Denim Expert’s factory is located, has suspended Mr Uddin’s import and export permissions because of unpaid rent and utility bills. Goods that were due to be shipped out in February and March have been sat in containers at the port incurring charges each day.

“With payments virtually suspended since the outbreak started, there has been a catastrophic impact upon the cash flow of our operation, which functions on very low margins at the best of times,” Mr Uddin said.

“I have paid my workers up till now, but if [buyers] do not pay me this month I will have to close down and 2,000 people have to go home.”

He now has potential orders from other companies pending but does not have the cash available to fulfil them because of money tied up in goods produced, or currently in production, for Burton, an Arcadia Group company.

“We have enough orders, we have enough fabric but we cannot produce anything because we have a cash flow problem. I have sent [Arcadia] very clear emails with every single detail about this.

“I just want to get my money from Arcadia. Now, other buyers, the good buyers, like [Zara owner] Inditex, cannot place any orders with me so actually Arcadia Group is stealing my company day by day.”

According to campaign group Traidcraft, around 70 per cent of the cost of the garments is for the raw materials that go into them. Most manufacturers take this material on credit and pay it off when buyers pay them for the finished goods, meaning that when money is not forthcoming they quickly run into problems.

Arcadia said it had no direct relationship with Denim Expert but confirmed that it did have outstanding orders for the company’s goods via a third party which buys jeans from a number of factories.

Following media coverage of Mr Uddin’s problems with Arcadia and other buyers, an Arcadia representative contacted Denim Expert but no agreement has been reached. The company offered to buy some of the goods but not until August, an offer which Mr Uddin said he could not accept. An Arcadia spokesperson said the group was “in ongoing discussions” with its suppliers, including Denim Expert, to come to an agreement about the cancelled orders.

The group has been in financial difficulty in recent years, narrowly avoiding administration in June 2019 after landlords backed a rescue deal at the last minute. Under the deal, 50 stores were earmarked for closure and 1,000 people lost their jobs.

Like the rest of the fashion retail sector, Arcadia has also been hit hard by the coronavirus pandemic and lockdown, which forced all non-essential stores to close on the 23 March.

Mr Uddin is one of hundreds of suppliers to the fashion industry facing imminent closure after months of unpaid orders.

While some buyers, including H&M and Zara, have honoured the majority of contracts and paid for orders, others such as Asda, Arcadia and Edinburgh Woollen Mill have demanded steep discounts or failed to pay for goods altogether.

According to data published in April by the Bangladesh Garment Manufacturers and Exporters Association (BGMEA), the Arcadia Group cancelled £9m worth of orders in Bangladesh alone.

Globally, the group, which is owned by Sir Philip’s wife through a holding company in Monaco, cancelled as much as £100m, according to The Worker Rights Consortium (WRC).

Mr Uddin added: “I am not interested to work with Arcadia any more. I want to get rid of them as a buyer. Usually in manufacturing industries like this, whatever the buyer wants, you have to accept. That’s how it’s been for the last 100 years.

“I have made up my mind. I only want to work with the people who are fair and responsible.”

Fiona Gooch, senior policy advisor at Traidcraft Exchange, said: “It is terrible that factories are having to close in Bangladesh, and other garment producing countries, through no fault of their own.

“By refusing to pay up, brands like Philip Green’s Burton Menswear are putting thousands of workers, mainly young women and their families at risk of destitution.

“Philip Green is a millionaire. Like other fashion brand owners, he can easily afford to pay for the finished clothes that they have previously ordered, and the fabric bought to make future orders for them.”