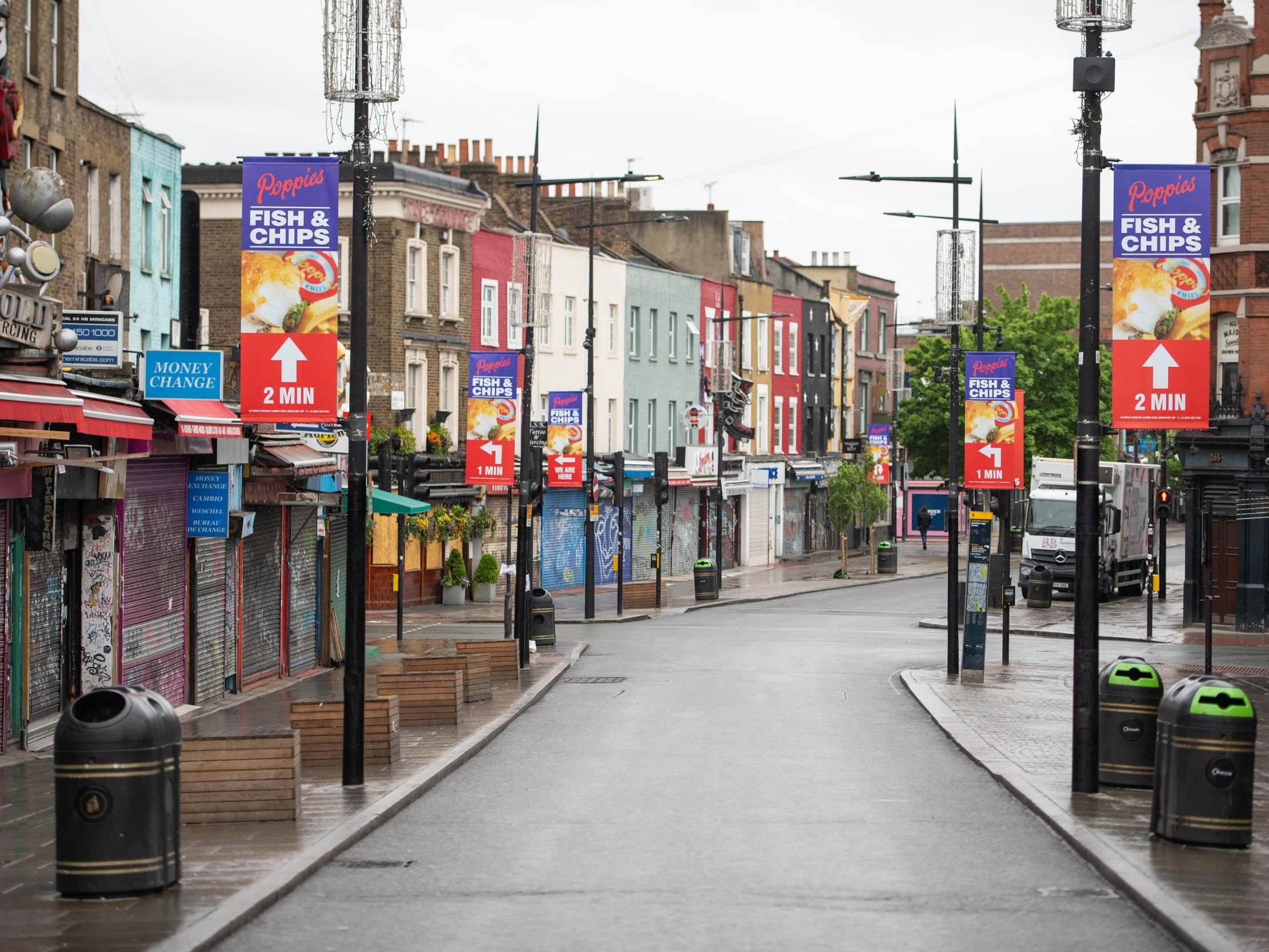 The UK economy plunged by 20.4 per cent in April in the biggest fall since records began, the Office for National Statistics has said.

Official figures show Britain’s gross domestic product (GDP) shrank by more than a fifth in the first full month of the coronavirus lockdown, as shops and factories closed and workers were sent home.

It is the largest drop in a single month since comparable figures began in 1997 and leaves the economy on track for one of its worst quarters in history.

He added: “Actually, if you take March and April together the fall was 25 per cent. So in two months, the economy shrank by a quarter.

“Virtually every sector has been shrinking.”

The fall massively outstrips the then-record 5.8 per cent drop in GDP seen in March.

It means GDP fell by 10.4 per cent in the three months to April, with May’s figures also likely to be bad, before things start to ease again in June as the economy slowly reopens.

Experts had been expecting April’s GDP to contract by 18.7 per cent, according to a consensus compiled by Pantheon Macroeconomics.

Shadow chancellor Anneliese Dodds has warned the UK economy is shrinking at a faster rate than those of other developed countries.

Speaking on BBC Breakfast, Ms Dodds said: “What particularly concerns me is that actually we’re not just looking at one month of economic damage.

“There was a report that came out a couple of days ago from the OECD [Organisation for Economic Co-operation and Development] and it suggested the drop in GDP for this year for the UK would actually be worse than for every other industrialised nation.

“So we’re in a very, very difficult situation as a country and we will need strong action to help us climb out of this as quickly as possible.”

The prime minister said he was “not surprised” at the data. Speaking to broadcasters, Boris Johnson said: “We’ve always been in no doubt this was going to be a very serious public health crisis but also have big, big economic knock-on effects.

“I’m afraid I’m not surprised by the figures we have seen. The UK is heavily dependent on services, we’re a dynamic creative economy, we depend so much on human contact.

“We have been very badly hit by this.”

Health minister Edward Argar has claimed that the fall in GDP was “comparable” with other western European economies.

Speaking on BBC Breakfast, Mr Argar said: “We’re in roughly the same place as comparable western European economies like France, Spain and Italy, but it’s clearly a very significant contraction of our economy.”

Construction was particularly badly hit, plunging 40 per cent in April and 18.2 per cent over the quarter as construction sites were ordered to close. Many housebuilders have since reopened but industry experts warned the recovery will be slow and difficult.

Clive Docwra, managing director of construction consulting firm McBains, said: “Particular concerns are private new housing work seeing a third consecutive month of large decline, exacerbated by the Covid-19 lockdown in April and is now at its lowest level for a decade – bad news for the industry but also for prospective homeowners given the housing shortage.

Neil Birrell, chief investment officer at asset manager Premier Miton, added: “Other countries’ data is improving as lockdown eases and the concern is that the UK is getting left behind and, as we are currently witnessing, equity markets are very sensitive to any threat to recovery.”

Sir Ed Davey, acting leader of the Liberal Democrats, tweeted: “These stats confirm we face the most serious economic challenge in generations. Not a time to exit the world’s largest market. Not a time to increase trade barriers. Not a time to deny business skills they need with a damaging new immigration system.”

His comments came after the Confederation of British Industry warned on Thursday that walking away from trade talks with the EU would be “catastrophic” for UK businesses.

Carolyn Fairbairn, director-general of the CBI, likened a no-deal outcome to “setting the garden shed on fire” while the house is in flames.

“The national recovery plan must prioritise protecting and creating jobs. The more people in work, the faster we will work our way out of recession,” Ms O’Grady said.

“The government should set up a national recovery council with unions and business to plan how we can build back better. We need targeted support for hard-hit sectors of the economy, and a jobs guarantee to help those who do lose work.”

A major concern for the government is the unwinding of its job retention scheme over the next few months. More than eight million people have been furloughed with the state picking up their wages while more than two million self-employed people have claimed grants.

Tej Parikh, chief economist at the Institute of Directors, said many businesses will still need support as lockdown slowly lifts.

“Emergency loan schemes have helped stop firms collapsing, but left many saddled with debt,” he said.

“Businesses will be reluctant to hire and spend on new projects as they repair their finances, particularly as social distancing eats into demand and productivity. Firms will continue to face cashflow challenges in the months ahead.”