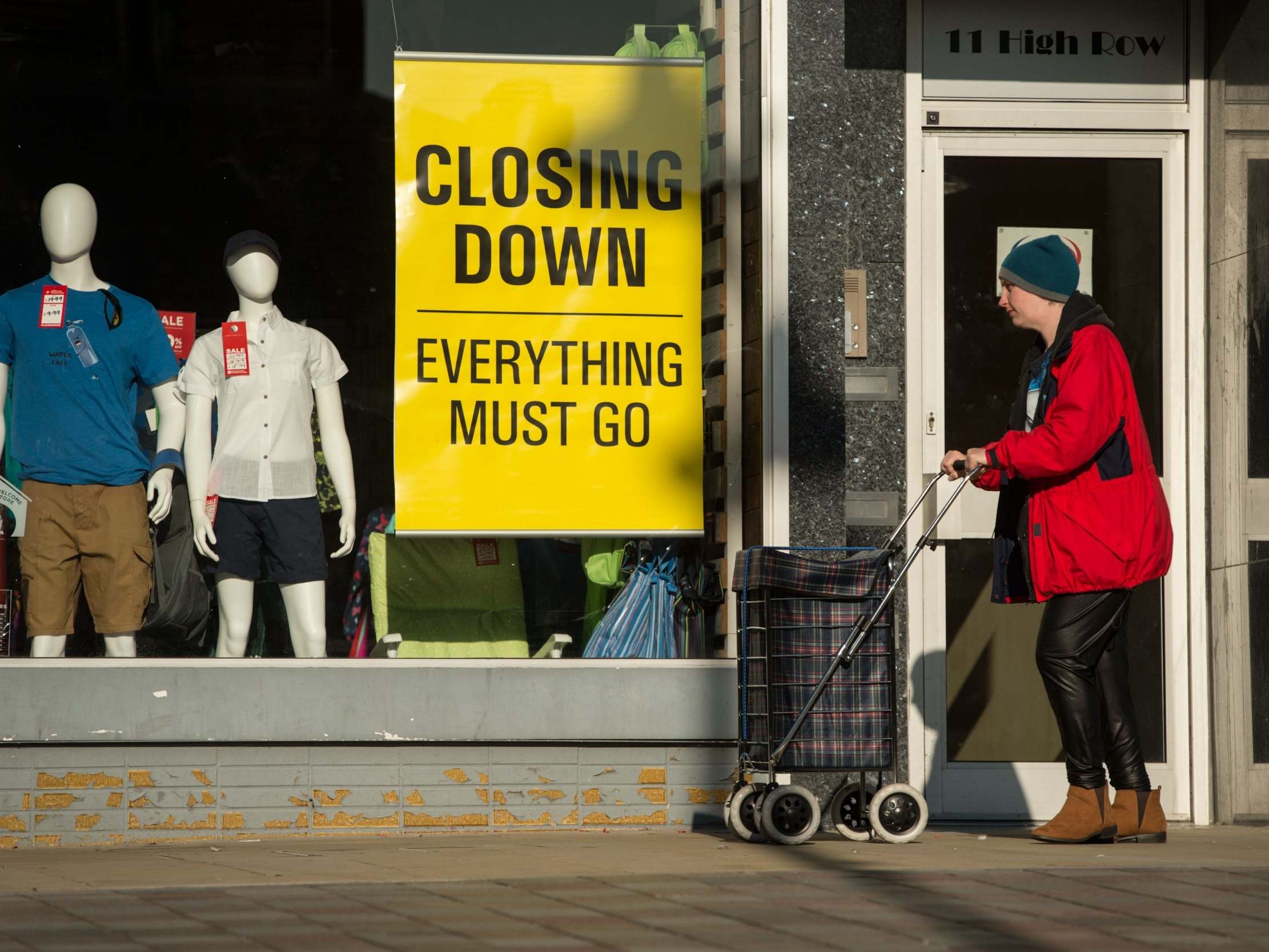 The UK economy is on track for its fastest and most severe contraction ever recorded, experts have warned, after a new survey pointed to a record drop in activity.

Services businesses, which make up as much as four-fifths of the economy, covering everything from hairdressing to bookkeeping, reported a record plunge in activity in April as the country locked down.

The IHS Markit Purchasing Managers Index (PMI) dropped to 13.4, with anything below 50 indicating that the sector is shrinking. That was down from 34.5 in March, which had already been a record low. In the depths of the 2008 financial crisis, the survey fell to 40.1.

Around 79 per cent of services businesses reported activity fell in April. Much of the decline was expected because restaurants, bars, non-essential retailers and other services businesses were forced to shut down on 23 March to slow the spread of Covid-19.

But the survey demonstrates just how drastically activity has been curtailed. Government measures such as grants to hospitality businesses and cheap loans to small firms have been designed to ensure that, as much as possible, the contraction is a temporary result of the coronavirus lockdown and does not develop into a longer-term depression.

The PMI survey is seen as an early indicator of future economic performance because it polls managers in companies about what is happening to their orders and supplies.

But forecasting how the economy will perform beyond the immediate time horizon has become a near-impossible task, with huge disparities between the most pessimistic and optimistic projections.

The news came as the UK death toll from coronavirus surpassed that of every other European nation. Only the US – with a population five times the size – has seen more Covid-19 deaths.

Tim Moore, economics director at IHS Markit, said: “April’s PMI data highlights that the downturn in the UK economy during the second quarter of 2020 will be far deeper and more widespread than anything seen in living memory.

“Historical comparisons of the PMI with GDP indicate that the April survey reading is consistent with the economy falling at a quarterly rate of approximately 7 per cent, but we expect the actual decline in GDP could be even greater, in part because the PMI excludes the vast majority of the self-employed and the retail sector.

“Just one in five service providers managed to avoid a drop in business activity since March and those hardest hit by social distancing measures and travel restrictions often reported complete stoppages of business operations.”