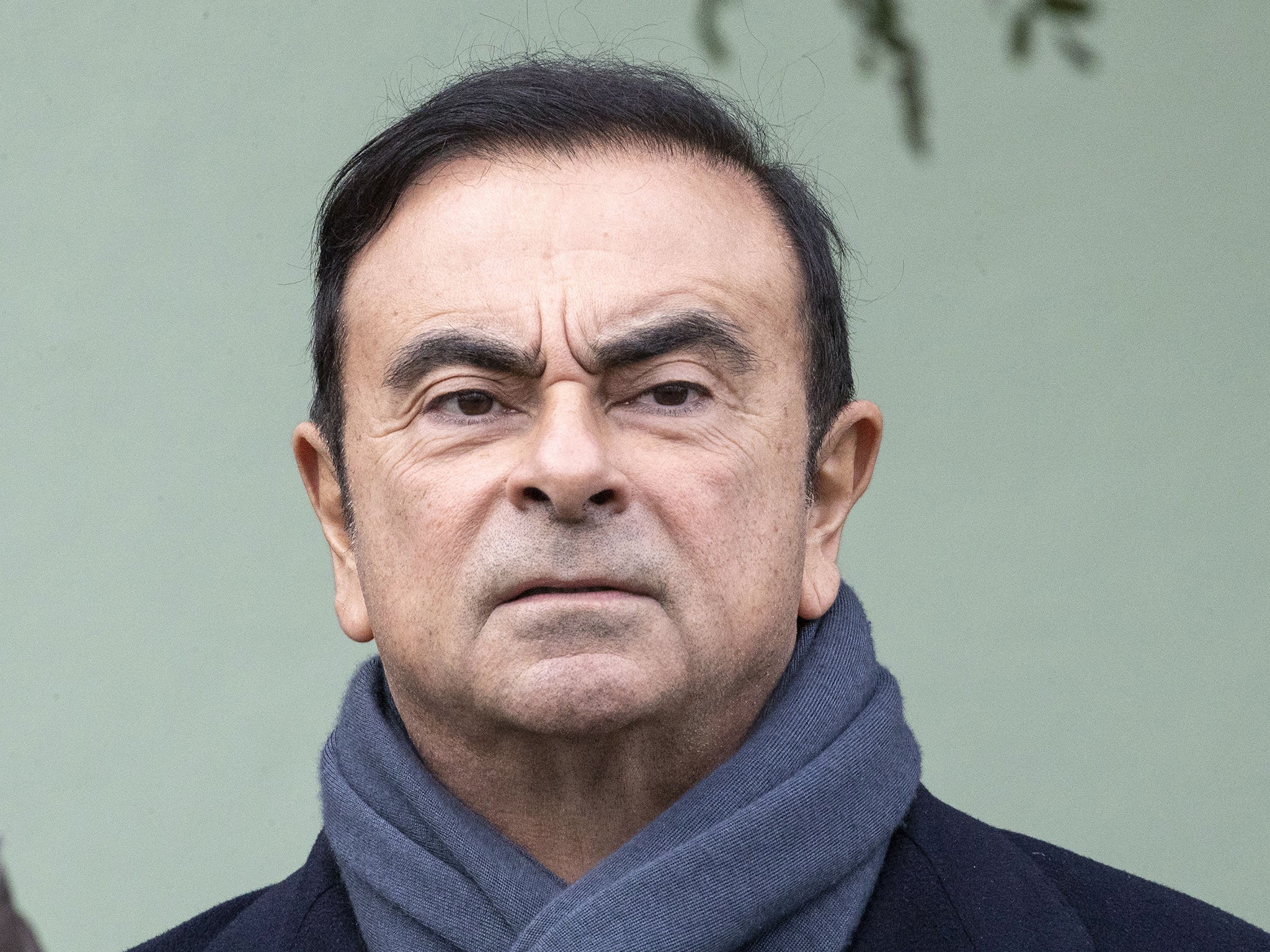 Turkish prosecutors have prepared an indictment charging seven people, including four pilots, over former Nissan boss Carlos Ghosn’s escape via Istanbul to Lebanon after fleeing Japan, a lawyer for one of the suspects said on Friday.

The lawyer said the indictment, accepted by an Istanbul court late on Thursday, formally charged the four pilots and a company executive with “migrant smuggling”, a crime carrying a maximum sentence of eight years in jail.

Two flight attendants were charged with failing to report a crime, which can carry a jail sentence of up to one year, lawyer Mehmet Fatih Danaci told Reuters.

Turkish police detained the suspects on 2 January and an interior ministry official was cited at the time as saying Turkish border police were not notified about Mr Ghosn’s arrival, and neither his entry nor his exit were registered.

The following day, Turkish private jet operator MNG Jet said the former Nissan boss had used two of its planes illegally in his escape from Japan, with an employee falsifying lease records to exclude his name from the documents.

At the time, MNG Jet said it had filed a criminal complaint over the incident. There was no immediate comment from the company on the preparation of the indictment.

Mr Ghosn has said he fled to Lebanon to escape what he called a “rigged” justice system in Japan, where he faces charges relating to alleged financial crimes, which he denies.

In February, a court heard that Mr Ghosn used a joint venture between Nissan and Mitsubishi to inflate his pay, effectively clawing back an agreed cut to his wages.

Mr Ghosn granted himself a salary and bonus worth £6.2m without the knowledge of the boards of Nissan and Mitsubishi, who had previously challenged the payments, the companies’ legal teams said.

The former chairman of the Renault-Nissan-Mitsubishi alliance was arrested on financial misconduct charges in Japan in 2018 but fled to Lebanon while awaiting trial in December last year.

He has denied any wrongdoing, including over the way he was paid, and has since launched court cases against the car manufacturers, arguing he was fired unlawfully.