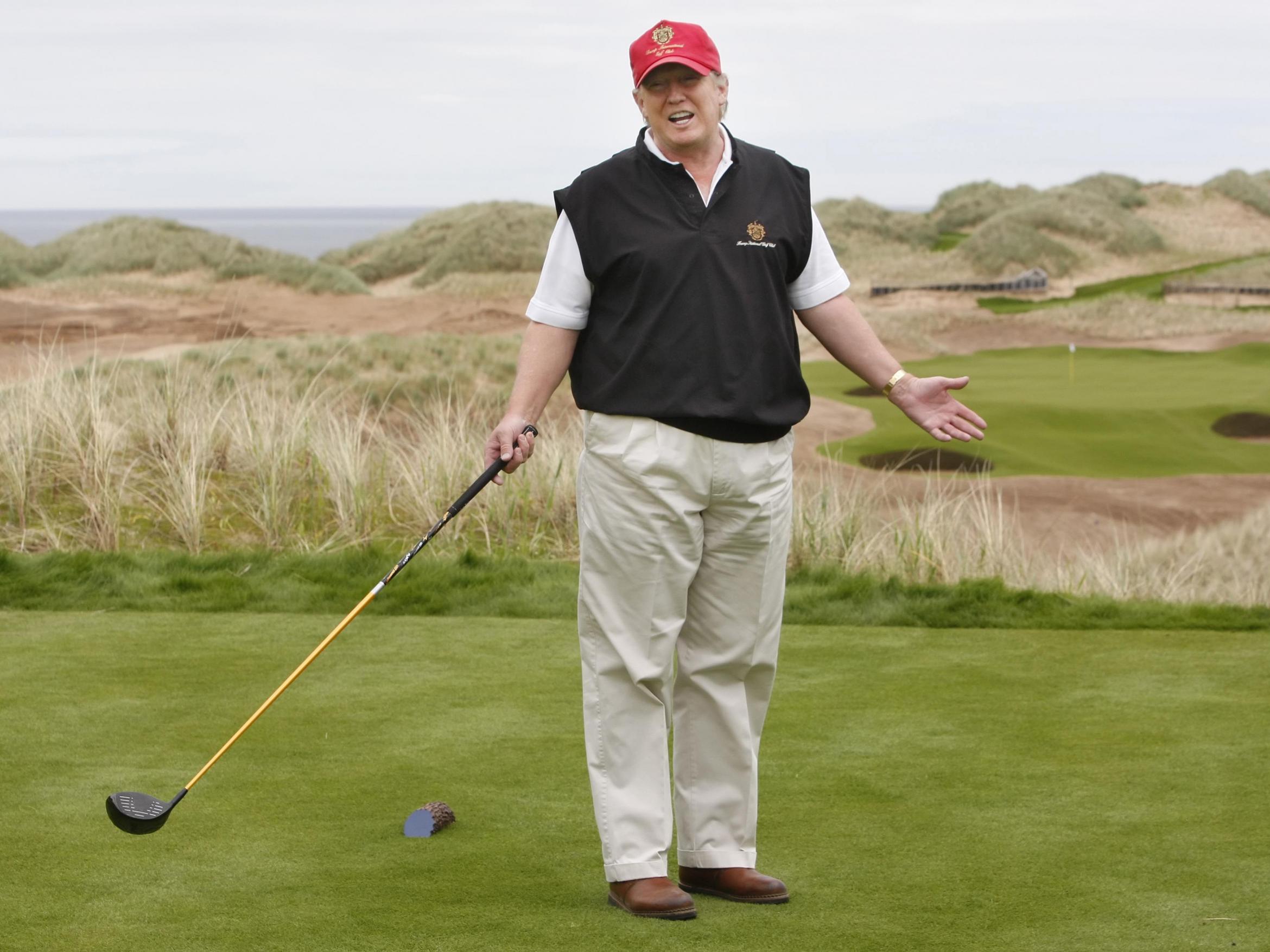 The Trump Organisation, which is owned by the billionaire US president but run by his two eldest sons Eric and Donald Trump Jr, is planning to furlough bartenders, bagpipers and other workers at its two resorts in Scotland.

Both Trump International Golf Links in Aberdeenshire and Trump Turnberry in Ayrshire closed when the lockdown began last month.

Under the job retention scheme, the UK government pays 80 per cent of staff wages up to £2,500 a month if they are unable to work because of the pandemic.

Eric Trump said that any application for government cash was “solely about protecting people and their families who would otherwise be out of work”.

“Like millions of businesses around the globe, we have been forced by government mandate to temporarily close our hospitality and leisure facilities, and are doing all that we can to retain and support our highly valued staff,” he said in a statement to USA Today.

A similar statement was issued by Sarah Malone, executive vice president of the Aberdeenshire resort. She added: “We are no different to any other business, including many media companies. This has nothing to do with Trump and does not benefit the business.”

The Turnberry resort has so far not commented on its plans for staff but a local councillor said he had been told by staff about plans to access the scheme.

Meanwhile in Ireland Trump’s Doonbeg resort has confirmed it is accessing the government scheme in that country.

“We’ve laid off the vast majority of our staff,” managing director Joe Russell told Bloomberg, which first reported the story. “We are ensuring they’re looked after in terms of the government schemes that are available.”

Mr Trump’s family business been barred from claiming federal aid under the coronavirus stimulus approved by Congress last month and is believed to be losing more than $1m (£8m) in revenue every day. More than 2,000 workers at Trump properties across the US have been laid off or furloughed without pay.

The New York Times reported that the Trump hotel in Washington DC was seeking $3m relief on the annual rent that it pays to the US General Services Administration for use of a government-owned former post office.