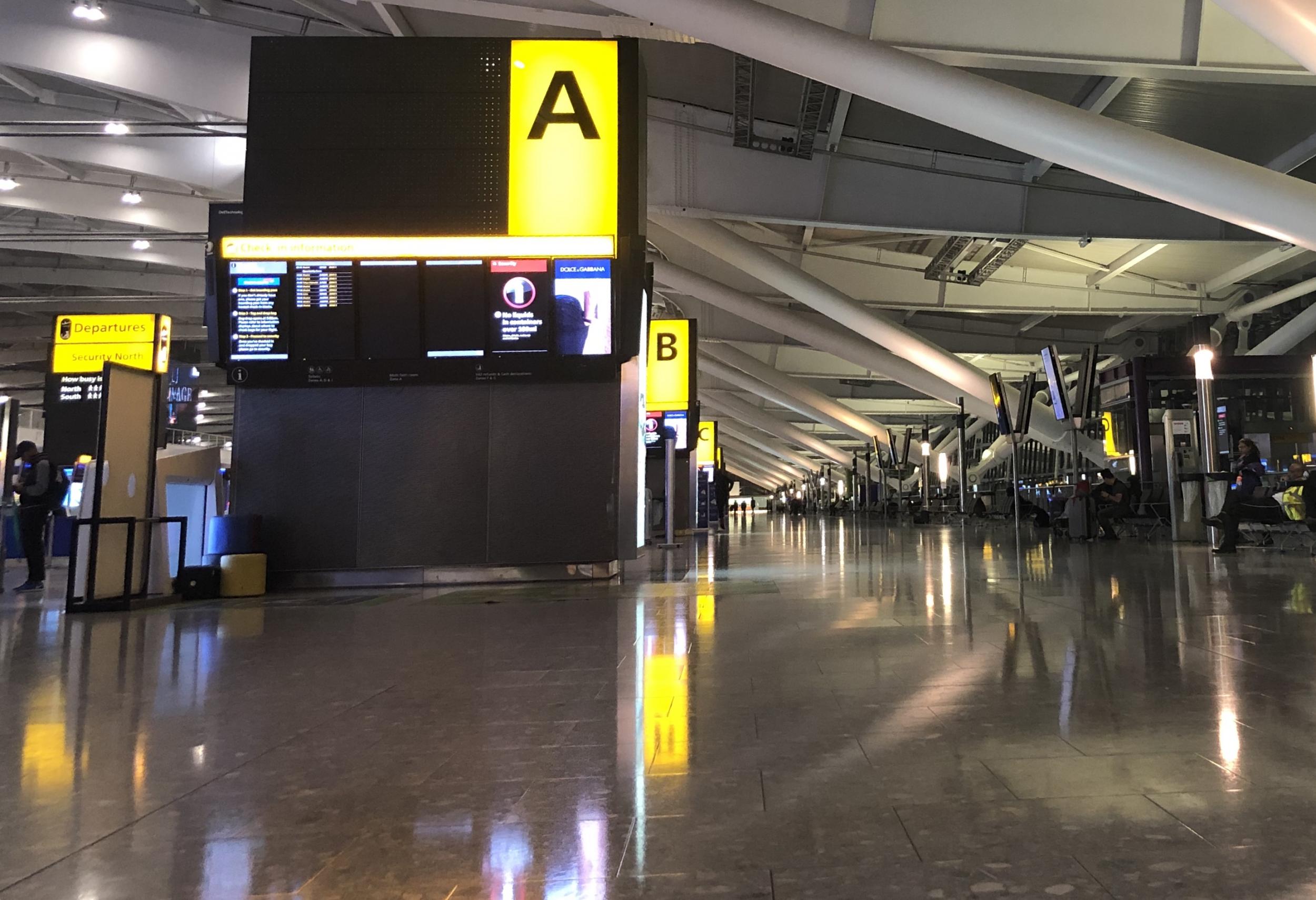 When British Airways flight 32 from Hong Kong arrived at London Heathrow at 4.40am on Monday, its passengers became the first airline travellers to become subject to the UK’s controversial new quarantine measures.

Everyone on board was required before departure to complete a Passenger Locator Form.

Passengers, but not the flight crew nor transit travellers, were required to provide an address where they will remain for the next two weeks.

They are expected to travel straight to their place of self-isolation, using public transport if necessary, and remain there until 12.01am on Tuesday 23 June; the 14-day clock starts ticking from the day after arrival.

Anyone breaking quarantine is liable to a fixed penalty of £1,000 (reduced to £480 in Scotland).

The policy was devised by the prime minister’s chief adviser, Dominic Cummings, and has been implemented by the home secretary, Priti Patel.

“But also we want to prevent that second wave from imported cases of coronavirus coming to the United Kingdom.”

The effect has been to stifle inbound and outbound tourism. The UK’s two biggest tour operators, Tui and Jet2, have cancelled all their June departures.

Quarantine was backed by the Home Office chief scientific adviser, Professor John Aston, who said: “As the number of infections within the UK drops, we must now manage the risk of transmissions being reintroduced from elsewhere.”

But the government did not consult its scientific advisory group for emergencies (Sage).

The UK has a far higher number of new cases than all of the most popular tourist destinations except the US.

Analysis by The Independent has shown that the policy will actually increase cases of coronavirus in the UK by effectively preventing healthy British travellers going abroad, where they are less likely to be infected.

The travel industry, severely weakened by the worst three months in modern history, is united in its opposition to a measure that, unless amended, will run for one year.

The policy has been welcomed by Labour. But quarantine has been deplored by dozens of Tory MPs, and faces a legal challenge from three airlines who normally compete ferociously.

British Airways, easyJet and Ryanair say that the measures are “disproportionate and unfair”.

A Ryanair spokesperson said: “We urge the UK government to remove this ineffective visitor quarantine which will have a devastating effect on the UK’s tourism industry and will destroy (even more) thousands of jobs in this unprecedented crisis.”

A group of inbound and outbound travel businesses, known as Quash Quarantine, is considering a judicial review.

The Department for Transport is attempting to neutralise the measure with a series of so-called “air bridges” or “travel corridors”.

The aim is to persuade tourist-hungry countries with lower rates of Covid-19 infection to sign no-quarantine deals. They will allow British visitors to avoid 14 days of self-isolation when they return to the UK.

Quarantine is due to be reviewed on 29 June. Businesses had hoped the policy would be eased in time for British holidaymakers to fly away from 1 July – the date set by many key destinations and airlines for travel to resume.

But a report in The Sun quotes a senior government figure as saying: “Designing international travel corridors is very complex, not least because they are a cross-Whitehall problem.

“The aim is to have the first ones in place by mid-July, and one with the EU will be the first.”

The US, the one popular tourism destination with more new infections that the UK, currently bans British travellers arriving from the UK .