Oil prices have fallen to less than zero – here’s why 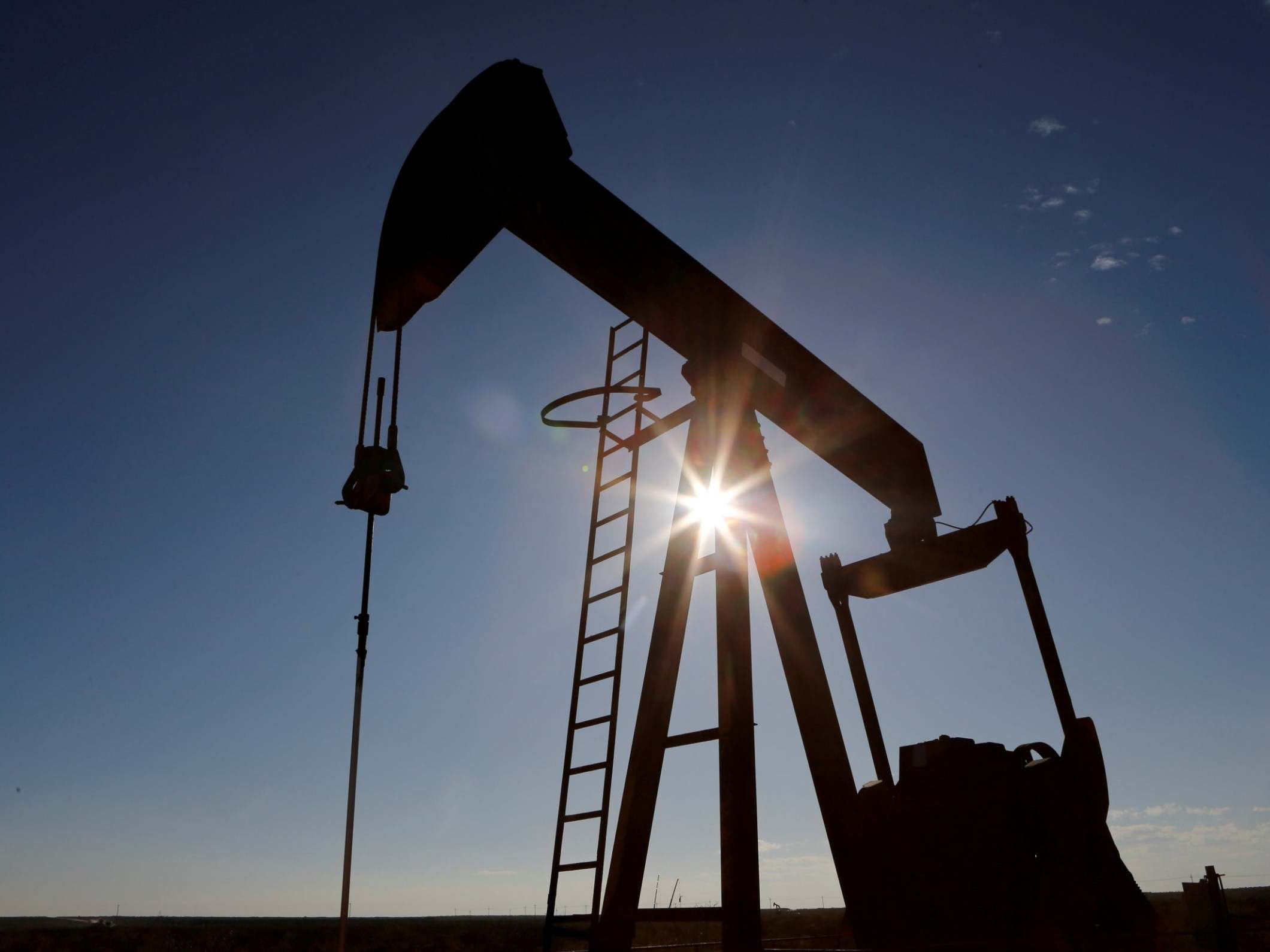 US oil prices plunged into negative territory for the first time ever on Monday, meaning producers are willing to pay buyers to take crude off their hands.

The price of America’s most closely watched oil benchmark crashed to as low as minus $37.63 a barrel, but how could this happen and, more importantly, why?

A benchmark price for American oil has dropped further and faster than at any other time in history, in response to the coronavirus pandemic.

West Texas Intermediate (WTI) was priced at over $50 a barrel before the outbreak but has dropped precipitously as global oil demand has fallen by as much as a third.

Flights have been cancelled, people are staying at home and large parts of the economy that use a lot of energy have shut down, all of which means less demand for oil.

Oil supply, on the other hand, has not fallen as fast. Oil producing countries agreed earlier this month to collectively slash global output by an unprecedented 10 million barrels a day, or about 10 per cent.

But demand has dropped by 30 million barrels a day or more meaning there’s far more oil than the world needs.

But it must be worth something, why would anyone pay money to take oil away?

Oil wells can’t simply be turned off and on like a tap. It costs money to shut down and more money to start them up again. So oil producers have a large incentive to keep production flowing, even if they are operating at a loss and, in extreme circumstances, actually paying people to take crude off their hands.

Oil is often described as being found in “reservoirs” or “pools”, giving the misleading impression that it sits in cavernous holes underground which simply have to be located and tapped.

In truth, oil deposits are most commonly found saturated in tiny holes of porous rocks. Pressure must be applied constantly to force the oil out of the well. This is often easy when a well is first drilled because pressure can be naturally high, resulting in the kind of gusher often depicted by Hollywood.

But, as a well matures, it becomes increasingly tricky – and therefore expensive – to apply the required pressure and extract oil. Starting up the process again, or drilling new wells, adds further cost.

Once the oil is out of the ground it can’t simply be dumped outside of the well. It must be contained within infrastructure like pipelines, tankers and refineries. Because demand has dropped rapidly and production has come down much less, that infrastructure is filling up fast.

Offshore producers, or those near the sea, have the option of filling up oil tankers, which are mobile and have a large capacity, but inland producers like most oil companies in the US, do not have that option, meaning that the pipeline infrastructure and storage facilities are quickly becoming overwhelmed.

This explains to a large extent why there are such wide differences in price between the US oil prices, such as West Texas Intermediate, and other benchmarks like the Brent crude which is the most commonly tracked global price. Brent crude was trading at around $26 on Monday night.

At America’s key storage hub and delivery point for oil, where the commodity is actually handed over to settle all the contracts that are traded on exchanges every day, supplies have jumped 48 per cent to 55 million barrels of oil since the end of February, according to Bloomberg. At that rate the facility, at Cushing in Oklahoma, will be full within weeks, meaning oil from many US wells will have nowheere to go.

Beyond oil’s physical characteristics, there is a quirk of the markets that has sent prices below zero. Oil is mostly traded on futures contracts. These are agreements between two parties, with one agreeing to pay the other a defined price for a given numner of barrels to be delivered at a set place on a particular day.

Most contracts are never actually settled, they are used by companies to fix in a price and to hedge their exposure to fluctuations (and by speculators to make money). But with the price plunging and storage filling up, no one in the market wants to be on the hook for actually taking delivery of oil and the potential costs associated with storing it.

The deadline for this month’s futures contracts is Tuesday, sending some traders into a panic and prices into negative territory.

Does this mean cheaper petrol?

Prices at forecourts in the UK have fallen by about 11p a litre over the past month according to figures released over the weekend by the AA but the motoring organisation said retailers had so far been slow to pass on the benefit.

Further falls are predicted but, given that most people are making few journeys, they may be unlikely to feel much benefit.

What are the wider implications?

For America’s oil industry, the outlook is bleak with scores of companies – particularly independent fracking firms – expected to go bust over the coming months.

America’s reign as the world’s leading oil producer, a crown it took in 2018, looks set to end, which will have geopolitical consequences. Donald Trump has hinted that he may step in to support US oil producers with financial support or putting tariffs on oil imports.

Russia’s oil producers face similar issues as their US counterparts, leading to potentially big problems for Moscow which depends on fossil fuel revenues.

Cheap oil is normally bad for the climate because we use more of it. But some analysts are forecasting that the current situation could cause long-term damage to the oil industry’s capacity from which it will struggle to recover.

Banks and investors may be reluctant to put the large sums required into restarting big fossil fuel projects at a time when there is pressure on to decarbonise energy supplies.

Goldman Sachs is forecasting an economic recovery that has a V-shape while oil production slumps permanently –  an L-shape.