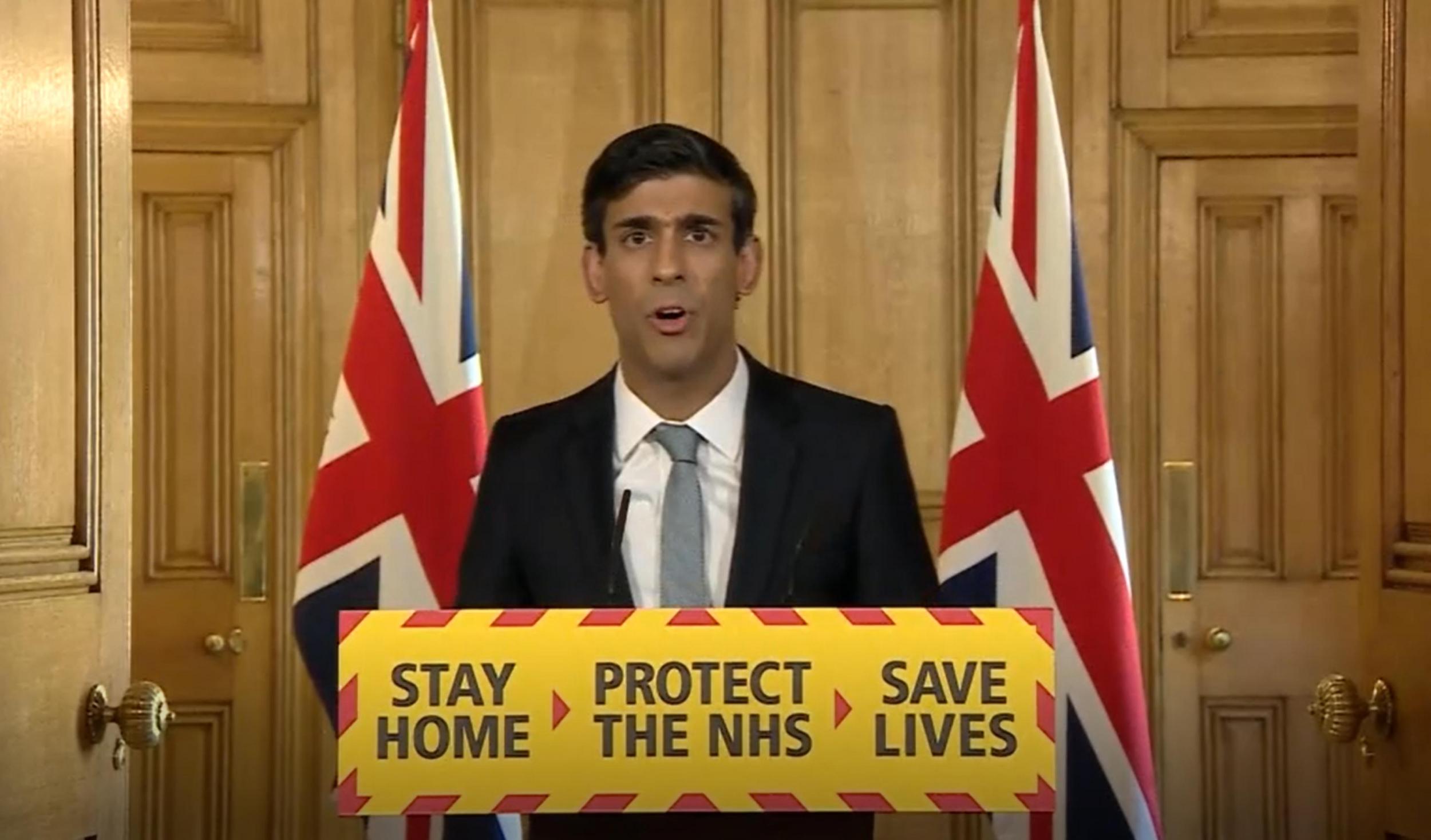 More than 140,000 firms have applied for government help for 1 million furloughed staff within hours of the scheme going live, Rishi Sunak has said.

The chancellor said businesses will receive cash within six days from the coronavirus job retention scheme, which allows firms to put staff on a leave of absence – known as a furlough – with the government paying up to 80 per cent of their wages.

Employers claimed for 67,000 jobs in the first 30 minutes of the scheme opening, according to HM Revenue & Customs (HMRC).

Mr Sunak announced the plans last month as part of a mammoth effort by the government to prop up the economy during the coronavirus outbreak.

He told the daily Downing Street press briefing: “As of 4pm this afternoon, over 140,000 firms have applied and the grants they’ll receive will help pay the wages of more than a million people.

“A million people who if they hadn’t been furloughed would have been at risk of losing their job.”

The UK has “never seen an economic crisis like this one”, Mr Sunak said, adding that the government has had to “put aside ideology and orthodoxy” to save the economy.

He said the goal of the new schemes was to maintain “our economy’s productive capacity so that we can bridge through this crisis”.

Mr Sunak refused to be drawn on the cost of the furlough scheme or whether it would be extended, saying: “We don’t have an estimate of take up yet – it’s just the first day the scheme is open and I expect those numbers to continue to increase over the coming days.”

Businesses have until Wednesday to apply for the scheme to meet payroll deadlines, with Mr Sunak revealing payments will be made within six working days from applications being received.

Torsten Bell, chief executive of the Resolution Foundation thinktank, said the first tranche of claims would cost an estimated £4.2bn over 3 months.

He tweeted: “What we’ve learnt today: 1) retention scheme was massively needed given scale of applications.

“2) IT system for claims has held up to volume of claims (business feedback today generally positive). But what we still need to learn is that professing/payments now happen fast.”

The think tank forecast that some 11.7 million people could be furloughed or become unemployed over the next three months, with those in the lowest-paid sectors hardest hit.

The scheme forms part of the government’s multi-billion pound economic rescue package aimed at easing the hit of the coronavirus lockdown on households.

Employers are expected to claim for millions of workers placed on temporary leave, with the government paying out 80 per cent of their wages – up to £2,500 per month.

But the scheme has also come under fire, with campaigners telling The Independent that thousands of new starters are still falling through the cracks.

Workers had to have been on their company’s payroll before 28 February to qualify – three weeks before Boris Johnson announced the UK would enter a period of lockdown to combat the spread of the outbreak.

Amid a backlash, the Treasury shifted the cut-off point to 19 March to take in new staff, but the fine print revealed employers must have notified HMRC of their new employees before that date, meaning some people are still missing out.

Meanwhile, Mr Sunak rejected calls for a 100 per cent government-backed business loans to prevent small and medium-sized firms from going bust during the outbreak.

“I’m not persuaded that moving to a 100 per cent guarantee is the right thing to do,” he said when pressed on the idea.

“Some people have made some comparisons with what’s going on in other countries, I think when you look at the totality of what we’re doing, it’s more significant in scope and scale than most of those other countries.”

Mr Sunak said he was “very sympathetic” to concerns about speeding up delivery of loans, following concern that commercial lenders are failing to pay out – despite the government guarantees.

He said latest data shows 12,000 loans have gone out to small businesses, with an acceptance rate of around 80-90 per cent. There have been 35,000 applications.