How to organise holiday money in an age of pandemics 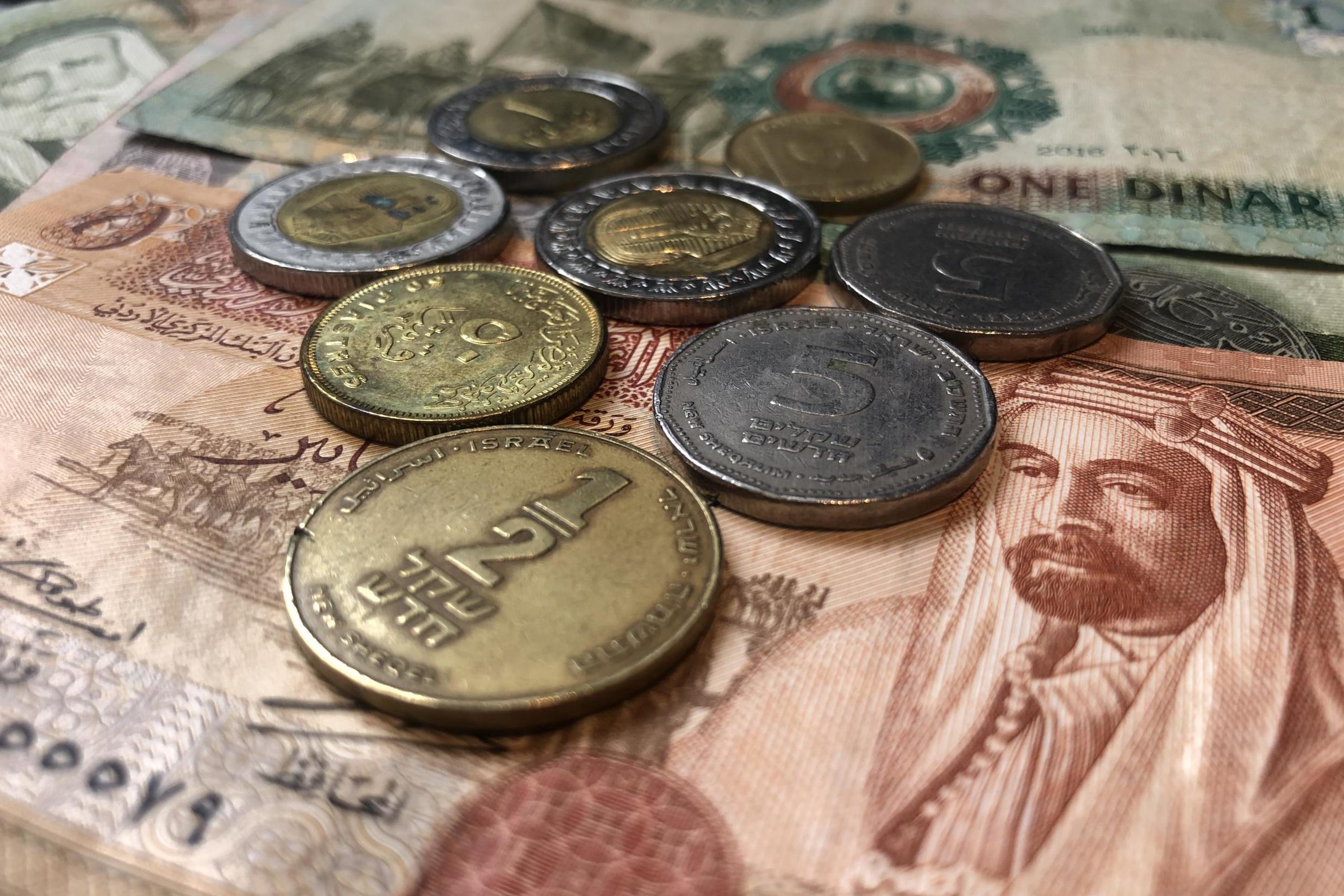 The shrapnel from my final trip before lockdown is still on my desk. Saudi and Yemeni riyals, Jordanian dinars, Israeli shekels and Egyptian pounds provide a pecuniary reminder of a joyful journey.

But next time I travel to and through the Middle East, I do not expect to return with such an exotic collection of notes and coins.

Until mid-March, I was a cash traveller: taking sterling, euros or dollars abroad and tracking down the best place to change for local currency – whether a carpet shop in India or a bakery in Uzbekistan.

Yet since I returned home from Cairo three months ago, the world’s attitude to money has changed.

Cash is no longer king; the coronavirus crisis has vastly accelerated progress towards digital payments, and the traveller needs to be equipped for a contactless future at the best possible rates.

The easy and expensive answer is to use your normal credit or debit card abroad.

Please don’t do this. The standard “non-sterling transaction fee” is just a whisker short of 3 per cent on both credit and debit cards.

Some debit cards additionally apply a “foreign currency purchase fee” of around 50p outside the EU: tap in to a tram in the Russian city of Nizhny Novgorod and the normal fare, which is roughly 25p, immediately triples.

You can eliminate these nonsenses in a conventional way, which is to sign up for a Halifax Clarity credit card. I have one that I use solely for overseas trips. For years it has been a useful plastic addition to my wallet, and eased the pain of the endless downward drift of sterling.

While Halifax Clarity is much better than most cards, I sense that the bank has been steadily increasing its share of your spending when converting to pounds.

On the European Central Bank rate for euros to sterling, Halifax helps itself to a further 2.59 per cent. That tram fare may only have increased by a halfpenny, but settling a £500 hotel bill will cost you an extra £13.

As you may have noticed, though, it’s now 2020 and you can digitally stem any further erosion of holiday money.

Time for a payment revolution. The Revolut app is downloadable on iPhones, iPads or Androids. Signing up for an account takes 10 minutes tops (you’ll need your normal debit card to hand, and will be asked to photograph your driving licence).

A plastic card to make us analogue dinosaurs feel more comfortable costs £4.99, though most will simply use Apple Pay or Google Pay for contactless transactions.

Whichever you use, you load your virtual account with sterling from your bank account as you need.

You generally qualify for the interbank exchange rate (the best you can hope for), with a 1 per cent mark-up at weekends to protect the bank against currency fluctuations.

Using the physical card, you can even withdraw £200 per month from ATMs abroad. For larger amounts, the withdrawal fee is 2 per cent. (Bear in mind that an increasing number of foreign ATMs have a charge, which can slice 5 per cent off a €100 transaction).

Revolut, and similar variants of apps and cards, will do you no good in the many parts of the world where the financial monarchy is still occupied by cash.

Notes and coins have many advantages to the traveller: you have locked into an exchange rate in advance, and therefore can calculate precisely how much that cup of coffee costs in sterling.

A bountiful supply of single dollars will solve all your tipping problems, too.

Cash also says less about you than plastic, eliminating the risk of credit-card fraud. But it is also the target of every rogue from Calais to Kathmandu, and you should check your travel insurance to see if your wad of won (Korea’s currency) is covered.

The further you stray from the beaten track, the less likely it is that pounds sterling will be recognised or accepted, and the greater the affinity for the US dollar – still the world’s universal currency.

Cash is the ultimate commodity: the dollars you get cheap from a backstreet bureau de change are worth exactly the same as the notes you buy at ludicrous rates from an airport bureau de change.

When shopping around, the only way sensibly to compare rates is to ask the right question.

Ignore the smoke-and-mirrors nonsense of commission rates and service fees. Just ask: “I need $500. How much, in pounds, will that cost me?” Or: “I want to change £1,000 to US dollars. How many will you give me?”

You can do this on the high street, where travel agents have at last begun to compete properly, and usually offer a better deal than banks.

But it is generally better to look and pay online, and pick up the foreign currency at an airport or ferry port.

For premier-league savings, it helps to be in London. I tend to use thomasexchangeglobal.co.uk, pre-ordering and picking up at one of a dozen bureaux around the capital (including Hammersmith tube station if you happen to be en route to Heathrow). All branches are currently closed, along with almost all other bureaux de change.

But when things start opening up fully, if you are changing many hundreds of pounds you could make an adventure of it and stroll along Britain’s finest foreign-currency artery: Queensway in London W2.

Within a few hundred yards, there are two dozen bureaux de change, and in my experience most of them are prepared to bargain.

In the meantime, anyone need some riyals?