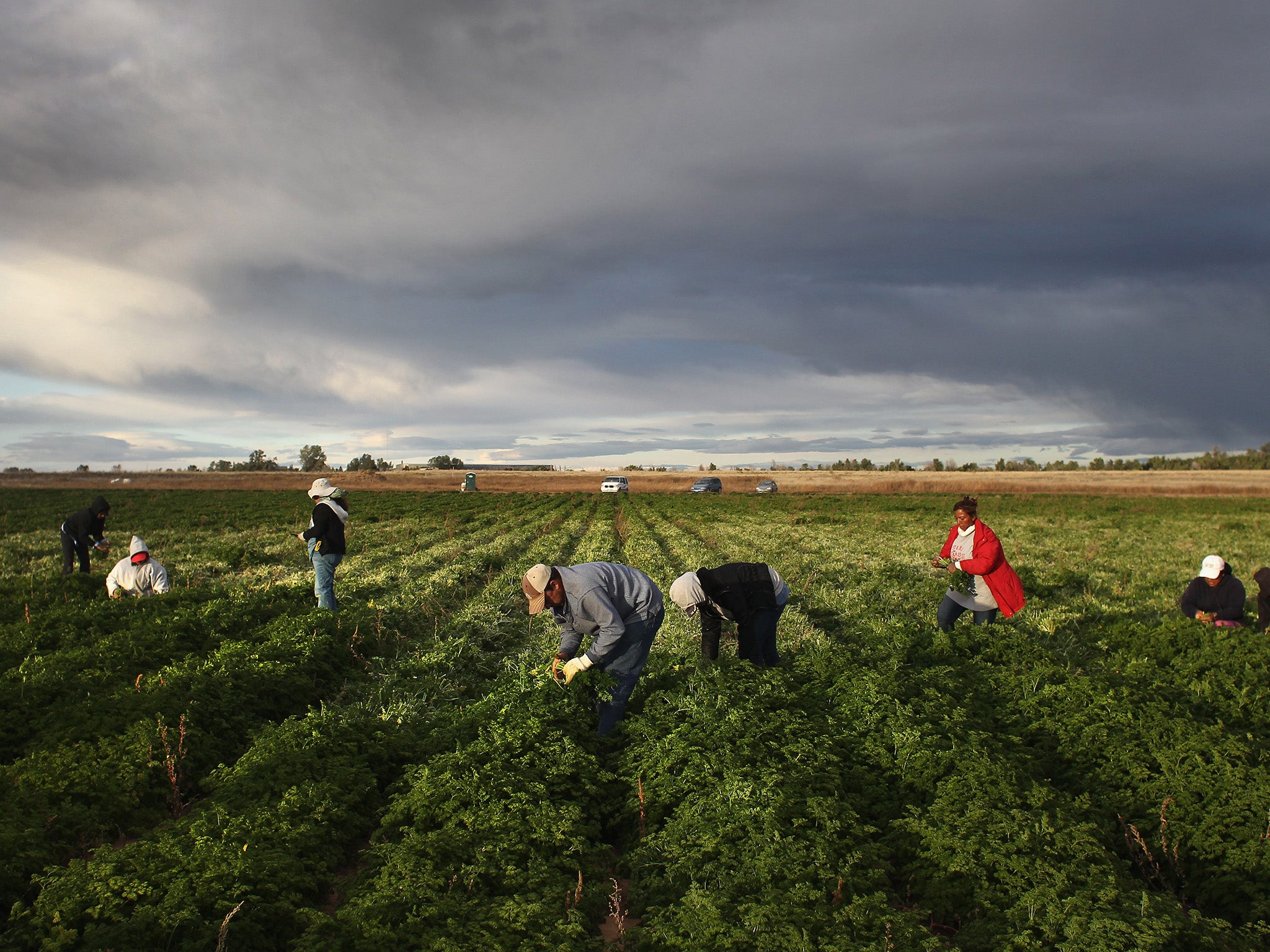 With scheduled aviation almost completely shut down due to the coronavirus pandemic, UK farmers are chartering planes to bring in workers to pick fruit and vegetables.

Nearly 200 Romanian agricultural workers will fly from Bucharest to London Stansted on Thursday aboard the first of a series of charter flights.

The Country Land and Business Association (CLA) claims travel restrictions and illness could leave a shortage of up to 80,000 agricultural workers. While some of those posts will be filled by British workers, the CLA said it is “almost impossible for farmers to access the labour they need”.

Scheduled flights between Romania and the UK have been suspended since 5 April, and terrestrial journeys are impossible because of closed frontiers across Europe.

So with crops ripening and a shortage of seasonal labour, a group of farmers approached the London firm Air Charter Service (ACS) to lay on special flights.

Matt Purton, the firm’s commercial director, said: “There’s still a need for people from eastern Europe to come to do that work.

”It’s impossible to get here by normal means.”

Passengers booked on the first flight from Romania will undergo health checks before departure. Anyone who displays symptoms of Covid-19 will not be allowed on board.

To limit the spread of coronavirus onboard planes, the aviation industry is studying the concept of “de-densification” – leaving the middle seat empty in each row.

But The Independent understands that the Boeing 737 being used for the first flight has every seat booked. The cost per person is around £200 for the one-way flight.

On arrival at the Essex airport, the workers will be bussed to farms in the east of England.

Further missions from Romania and Bulgaria are planned by ACS.

The company has also organised missions from the two Balkan countries to a range of German airports.

Meanwhile, the Scottish airline Loganair is operating charters to and from Poland and Latvia on behalf of the oil industry based northeast Scotland.

The airline is using an Embraer regional jet to connect Aberdeen, Gdansk and Riga.

Loganair chief executive Jonathan Hinkles said: “There are still a lot of essential oil workers who need to move.”

The carrier is also operating “lifeline” flights to Scotland’s islands, as well as Royal Mail services and a new passenger link between Heathrow and the Isle of Man on behalf of British Airways.

“With half the fleet flying, we’re probably flying more of our aircraft than any other UK airline,” said Mr Hinkles.