‘Down, depressed and worried’: Carers, taxi drivers and other at-risk workers fear for safety as data reveals coronavirus death rate 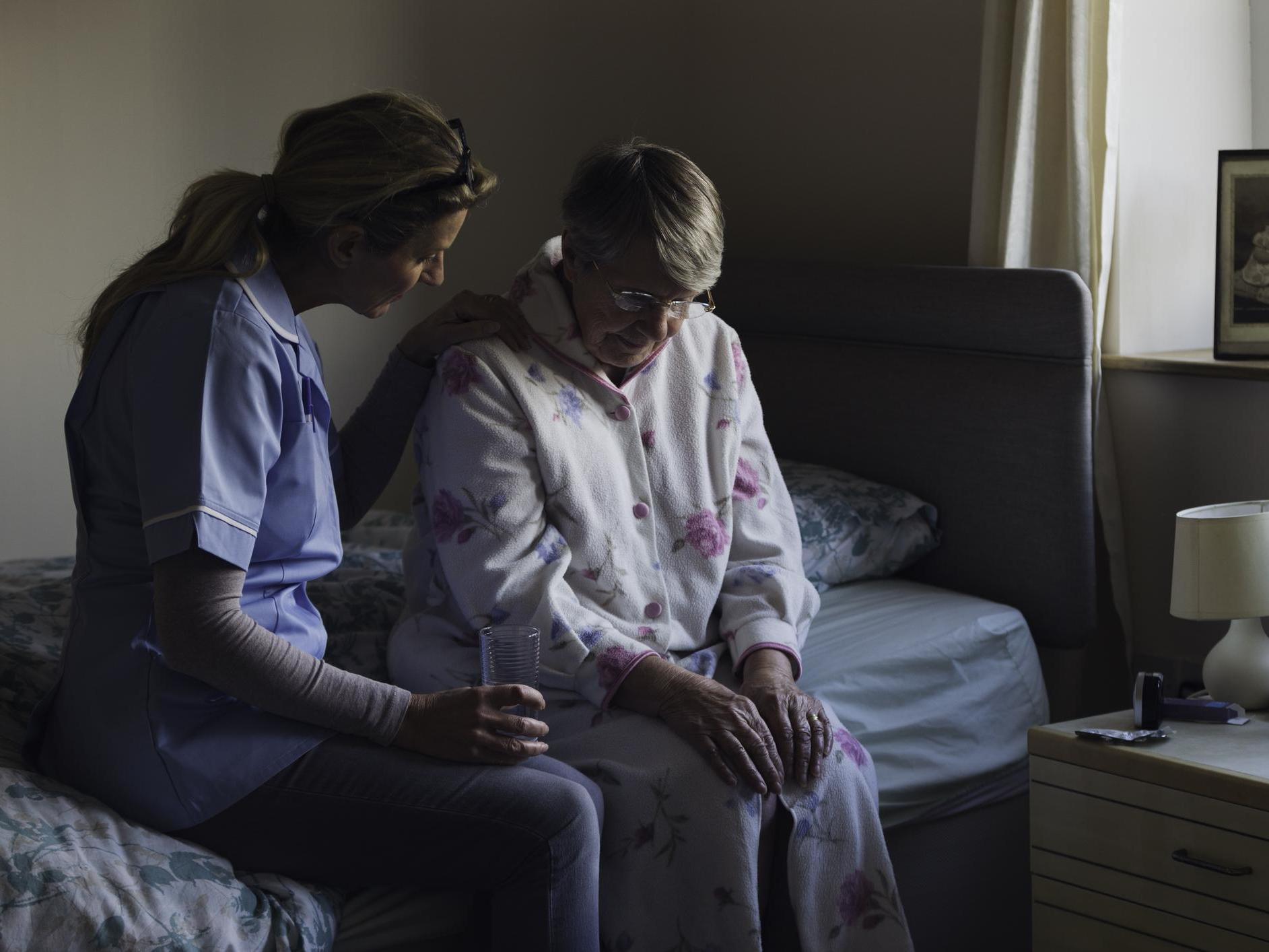 The stark inequalities of the coronavirus pandemic have been laid bare by new official figures showing workers in some sectors are several times more likely to die from the virus than others.

Members of many low-paid and underappreciated occupations have suffered a disproportionate loss of life.

Taxi drivers, care workers and security guards are all among the most at-risk groups, the Office for National Statistics said on Monday.

That leaves many employees with a difficult choice: continue to work and put their lives in danger, or stay at home and see their incomes drastically reduced.

Sarah* is a care worker in Huddersfield. “It makes me feel awful, when I see those statistics,” she says. “It makes me question our safety. We feel like we’re left out really. We’re not really thought of.”

The major issue is a lack of proper personal protective equipment (PPE), Sarah says. At the home of 38 mostly elderly residents where she works, carers get plastic aprons, standard surgical masks and gloves, all of which are tightly rationed. “It’s not much at all,” she adds.

Two people have tested positive for Covid-19 at the care home and others have shown symptoms but have not been tested. Officially, there has been one death at the home linked to Covid-19, but Sarah and the others believe more deaths have been caused by the virus but have not been recorded as such due to a lack of testing.

“A lot of the staff are very worried for their own safety and their family’s safety, carrying it back home. They’re very concerned but a lot of them can’t afford to take off time in isolation either.”

Many care home workers thought when when the government announced its furlough scheme that they would be covered for 80 per cent of their wages if they self-isolated. In fact, they would receive statutory sick pay (SSP) of £95.85 per week, meaning a big drop in earnings and difficulty making ends meet.

Are people going to work when they may be ill with the virus? “Yes, yes, definitely,” says Sarah. “I feel there are people that have been in that situation, I really do.”

She says there has been little understanding and communication from her employer. “There’s not much support there. All we’re told is that we have to follow [government] guidelines.”

Better PPE and more support would really help to lift people’s confidence in their safety, she says. “We see on the news all the time about the NHS not having enough PPE. Doctors and nurses are dying, and yet we’ve got even less PPE than they have. How are we going to get through this?”

The plastic aprons they have leave care workers exposed, says Sarah, and staff are told to keep masks on for at least four hours because of a lack of supplies. “We were told we had to use them sparingly. Our boss wasn’t too happy at the rate we were going through them but I was trying to explain to her that if we’ve got patients who are showing symptoms the mask has to be changed every time we go in and out of that room.”

Sarah is pleased to see the thanks given to key workers from the general public, but staff morale remains extremely low because of the lack of protection. “Everyone is down, depressed, worried and it’s showing.”

Unlike care workers, taxi drivers may not be thought of by many people as being on the front line of Covid-19 but the official statistics show that they are among the most at risk of any occupation.

They are between three and four times as likely to die from Covid-19 as the average Briton.

Rusheeswar Reddy has been a taxi driver for six years but was forced to stop working two months ago when the virus began to spread. His decision was not easy, but he says he had to put the health of his family first. His wife gave birth to their first child just 12 weeks ago so the risk of contracting the virus while in his cab and bringing it home was simply too great.

“You are just 1m away from your passengers in an enclosed space. It’s very difficult to protect yourself” he says. “It’s very difficult, it’s very scary. The virus is spreading very quickly. You don’t know who you are picking up and what they have got.”

Not working leaves Reddy in a difficult financial position as he still has to cover outgoings for his car such as insurance which is £150 per month. He has paid off the cost of his car but other drivers are not so fortunate.

“I’ve taken loans from friends and I’m worried about paying them back. It’s very risky.”

The government’s scheme to help self-employed workers will help him, he hopes, but he fears it will come too late. Payments are not expected until June, by which time he will have been out of work for three months.

“The situation is getting bad. We need food now, not in June. How can you wait?” asks Reddy.

With the government announcing guidelines this week on sending millions more workers back to work, unions fear that more people will be put at unnecessary risk.

They have been demanding improvements to safety for weeks for people who have worked through the pandemic but progress has been slow and lives have been lost unnecessarily.

Jason Moyer-Lee, general secretary of the Independent Workers’ Union of Great Britan, said: “The fact that security guards and private hire drivers have one of the highest death rates from Covid-19 is unfortunately not very surprising.

“The workers on the front lines, who cannot work from home, and often work for some of the worst employers in the UK are at extreme risk. Their health and safety needs to be treated with far more care.”

The IWGB is taking legal action against the government over what the union says is a failure to provide proper income protection and sick pay to millions of precarious workers.

Steve Garelick, regional organiser for the GMB union, contacted the Department for Transport five weeks ago, asking them to put in place appropriate protective equipment for cab and bus drivers including face masks, plastic screens and gloves. Transport secretary Grant Shapps has not responded to his letter.

A recent study led by Daniel King, professor of organisational studies at Nottingham Business School, found that frontline workers often feel less able to speak up against their employers than office-based workers. “The shifts proposed by the government make clear that frontline workers are the ones who are much more likely to be asked to go to work,” Professor King says.

“Yet we already know from the ONS data that certain occupations such as construction and factory workers are more likely to die from Covid-19. Many are also going to be more economically insecure, so might feel the pressure to go back to work earlier than they feel comfortable with.

“Our research demonstrates that frontline workers are less likely to have effective employee voice, often working in top-down, command and control, masculine environments where it is more difficult to raise concerns. It is really important that these workers have strong, effective employee voice, through unions and other representative structures, to be able to speak up about concerns they have and work effectively with employers to get their workplaces Covid-safe.

“These issues are not only about the workplace itself, but also how they get to work, their home issues, for example looking after children or vulnerable adults, which might not have been things they have talked about before. Now, more than ever, we need strong representative structures to give employees the opportunity to speak-up and not feel alone or isolated.”