Coronavirus: When will cruises start again and should I book? 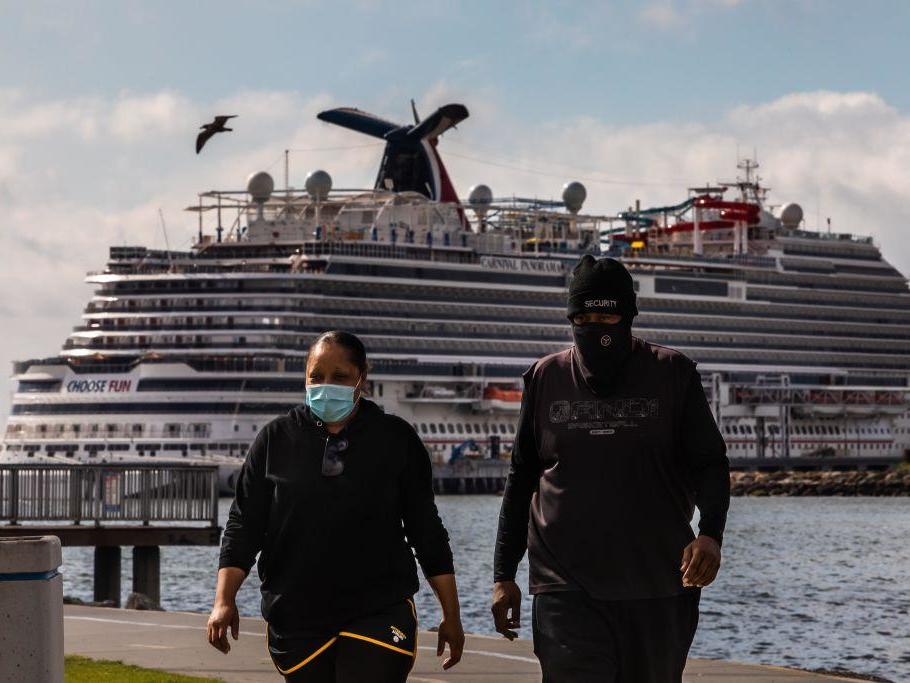 Cruising has long appeared to have a golden touch.

For years the industry has steadily expanded, with almost every cabin on almost every vessel filled, and “new to cruise” passengers reliably taking up the space vacated by old cruisers who had taken their final voyage, and expanding into the cabins created by new ships.

But for the past month, the only good news anywhere in the cruise industry has been when a port finally opens up to allow a ship with cases of Covid-19 on board to dock.

As the last few vessels make their way into port ahead of a global shutdown in cruising, what does the future hold for cruise lines, their crew and their passengers? These are the key questions and answers.

What’s so good about cruising?

For almost 30 million people a year worldwide – at least until the coronavirus pandemic – a cruise provides all kinds of benefits, starting with some unparalleled travel opportunities.

“You only have to unpack once,” is the oft-repeated line about the chance to visit many different locations with ease.

In locations such as the Caribbean, the South Atlantic and the coast of Alaska, cruise itineraries are designed to provide easy access to some of the most alluring destinations on the planet. Experiencing a series of exciting locations in these regions by other means would be difficult, expensive and in some cases impossible to organise.

In locations such as the Mediterranean and the Baltic, a cruise offers the chance to visit a series of great cities.

Cruise passengers also appreciate the on-board experience, with unlimited meals and entertainment provided as part of the package.

Right now, the value offered by cruise lines is exceptional as they battle to secure bookings for future voyages. For example, the leading UK line, P&O Cruises, is offering a two-week trip aboard Azura from Southampton to the Baltic, taking in Copenhagen, Stockholm, Helsinki, Tallinn and St Petersburg, for £699 per person, departing on 17 May 2020.

That works out at less than £50 per person, per night. And unlike on many cruise lines, tips are included with P&O. (However, the likelihood of the trip that is currently being advertised actually going ahead looks low.)

What’s so bad about cruising?

Critics have long argued that cruise ships – particular giant vessels carrying up to 6,000 passengers – cause huge problems for destinations.

If a vessel the size of a 20-storey apartment block moors on a small island or on the edge of a beautiful city such as Venice, Dubrovnik or Barcelona, it blights the view and, more importantly, decants thousands of people into an already-crowded location. Cruising is repeatedly said to be a prime cause of “overtourism”.

The benefits to the host communities are also contentious. CLIA claims that the average passenger spends $101 (£80) “visiting a port destination” – but a large slab of this is likely to be in high-priced excursions, where much of the revenue stays with the cruise ship.

Because meals are “free” on board ships, and port calls are often timed to depart just before dinner, passengers do not spend with local businesses – which also lose out on overnight stays.

Serious environmental concerns have been raised about the impact of cruise vessels. Between April 2017 and June 2019, Princess Cruises and and its parent, Carnival, were fined a total of $60m (£48m) by the US Department of Justice for dumping food waste, plastics and oil at sea.

Widespread concerns have been raised about the heavy carbon footprint and sulphur dioxide emissions from cruise ships.

More immediately and prominently: since the Diamond Princess was quarantined in Yokohama on 4 February, cases of Covid-19 have been reported aboard dozens of vessels, and tragically a number of passengers have died on board cruise ships – with four fatalities aboard Holland America’s Zaandam.

What do the authorities say about cruises and coronavirus?

The US Centers for Disease Control (CDC) says “cruise ship travel exacerbates the spread of Covid-19,” and urges: “Older adults and people with serious chronic medical conditions, such as heart disease, diabetes, or lung disease, should especially defer travel on cruise ships, including river cruises, because of their increased risk for severe disease.”

It has extended its No Cruise Order for American vessels until 18 July 2020.

The Foreign Office currently warns: “British nationals aged 70 and over, and those with underlying health conditions like chronic diseases and diabetes, are advised not to travel on cruise ships.”

CLIA says: “The cruise industry is one of the most well-equipped and experienced when it comes to managing and monitoring health conditions of those onboard, with outbreak prevention and response measures in place year-round.

“With strict measures in place, as guided by national and international health authorities, CLIA and its member lines do not believe restrictions on the movement of ships are justified.”

When will ships sail again?

When and how to resuscitate the cruise industry is the main topic of conversation in every company. They long for these prodigiously expensive assets to be carrying passengers and earning money.

But much of the world has outright bans on any cruise ships. In order to run a convincing cruise, a number of governments must acquiesce. And given the bad rap that cruising has acquired, it may be some time before they all do.

Restarting the industry is a huge logistical problem. The physical assets are dotted around the world, many of them far from the ports where operations are likely to start.

Some are in “warm ship layup”, which means a full crew remains on board, others on the significantly cheaper “prolonged ship layup” – which still costs $1m (£800,000) per ship per month.

Each vessel will require days or weeks of preparation to be ocean-ready, together with new procedures to reduce the propensity of viruses to spread in a cramped, closed environment.

The human capital needed to run a cruise is immense and diverse. As anyone who has stepped aboard a cruise ship will know, they are the most splendidly multinational entities in tourism.

For example, Australia flatly bans its citizens from travelling abroad. Many other nations ban all incoming foreigners, while others have targeted restrictions on nationals from particular countries or with recent travel histories seen as undesirable – travel history featuring the US, the UK, Spain or Italy in the past couple of months may leave travellers on the wrong side of the barriers. (Those blessed with dual nationality may find their journeys eased.)

While P&O is still selling cruises for May, its parent company, Carnival, concedes “We have never previously experienced a complete cessation of our cruising operations, and as a consequence, our ability to be predictive is uncertain.”

Marella, the cruise arm of Tui, is selling fly-cruise holidays from 2 June 2020. And Fred Olsen says: “We have taken the difficult decision to pause our ocean cruise operations until 23 May.”

Many US cruise lines have cancelled everything before July, with some seasonal itineraries and vessels completely axed for the rest of the summer season. And Canada, the second largest country in the world (after Russia) has banned all large cruise ships until 1 July.

How much financial trouble are the cruise lines in?

Plenty. The coronavirus pandemic is likely to hit the cruise lines harder than any other part of the travel industry.

Carnival, the biggest cruise company, says: “We believe the ongoing effects of Covid-19 on our operations and global bookings have had, and will continue to have, a material negative impact on our financial results and liquidity, and such negative impact may continue well beyond the containment of such outbreak.”

Its rival, Royal Caribbean, warns of a number of risks: “Guest cancellations, an inability to source our crew or our provisions and supplies from certain places, the incurrence of Covid and other contagious diseases on our ships and an increase in concern about the risk of illness on our ships or when travelling to or from our ships.”

Cruise lines must convince reluctant customers who have already committed to future voyages actually to step on board – as well as stimulating the extra sales that have not been happening during the crisis.

In a Twitter poll conducted for The Independent, almost two-thirds of respondents say they would not currently consider cruising.

A more robust guide is actual cruise line commercial activity. In the first two weeks of March, fewer than half (45 per cent) of Carnival passengers accepted Future Cruise Credits (FCCs) rather than cash back. This is despite (in my case, with Cunard), an uplift in value of 25 per cent being offered.

The decision by the majority looks to me to involve three (possibly overlapping) cohorts: an ageing and fearful clientele, who may wish to avoid all travel in the near future; previously loyal cruise passengers who are now extremely aware of the risks on board and are now thinking, “Do I ever want to go on a cruise again?”; and people who need cash right now because of the effects of the economic crash on finances.

But I read a story headlined: “More people are booking cruises now than before coronavirus outbreak”?

Yes, I read that too. It was based on a Los Angeles Times article published on 9 April, saying that an Iowa-based company, CruiseCompete.com, was reporting a 40 per cent increase in bookings for 2021 compared with 2019.

An important caveat that was missing from the story: “CruiseCompete.com does not sell travel,” as the firm itself confirms.

It may be that some cruise lines are seeing comforting booking levels for late 2020 and 2021 because they are offering very generous terms to passengers whose voyages have been cancelled. Typically, they have offered “future cruise credits” that give a 25 per cent bonus to anyone who is prepared to defer their trip rather than ask for a full refund.

With the future so uncertain, would I be mad to book a trip?

No, it would be perfectly rational. There are some excellent deals out there, and for a while at least cruising looks like a buyers’ market – even with seemingly inevitable reductions in capacity.

Even though the financial position of some cruise firms might be precarious, by booking in the UK you are covered by the Package Travel Regulations, which would ensure that you get your money back in the event that the company fails.

What is the outlook for cruise lines, their staff and their passengers?

Foggy. Cruising has expanded relentlessly for three decades. Dozens of big new ships are under construction, many of them intended to attract “new to cruise” customers. The industry relies on a combination of loyal repeat passengers and fresh customers.

Undoubtedly some previously loyal cruisers will be deterred by the coronavirus crisis and its impact on passengers. And according to The Independent’s poll of more than 3,500 respondents who said they had never been on a cruise, those who would not be tempted to try it outnumbered those who would by four to one.

But travellers have, over the years, proved to be highly responsive to price cuts. There are likely to be bargains ahead.