Coronavirus: US airline asks to drop flights ‘with fewer than 10 passengers booked’ 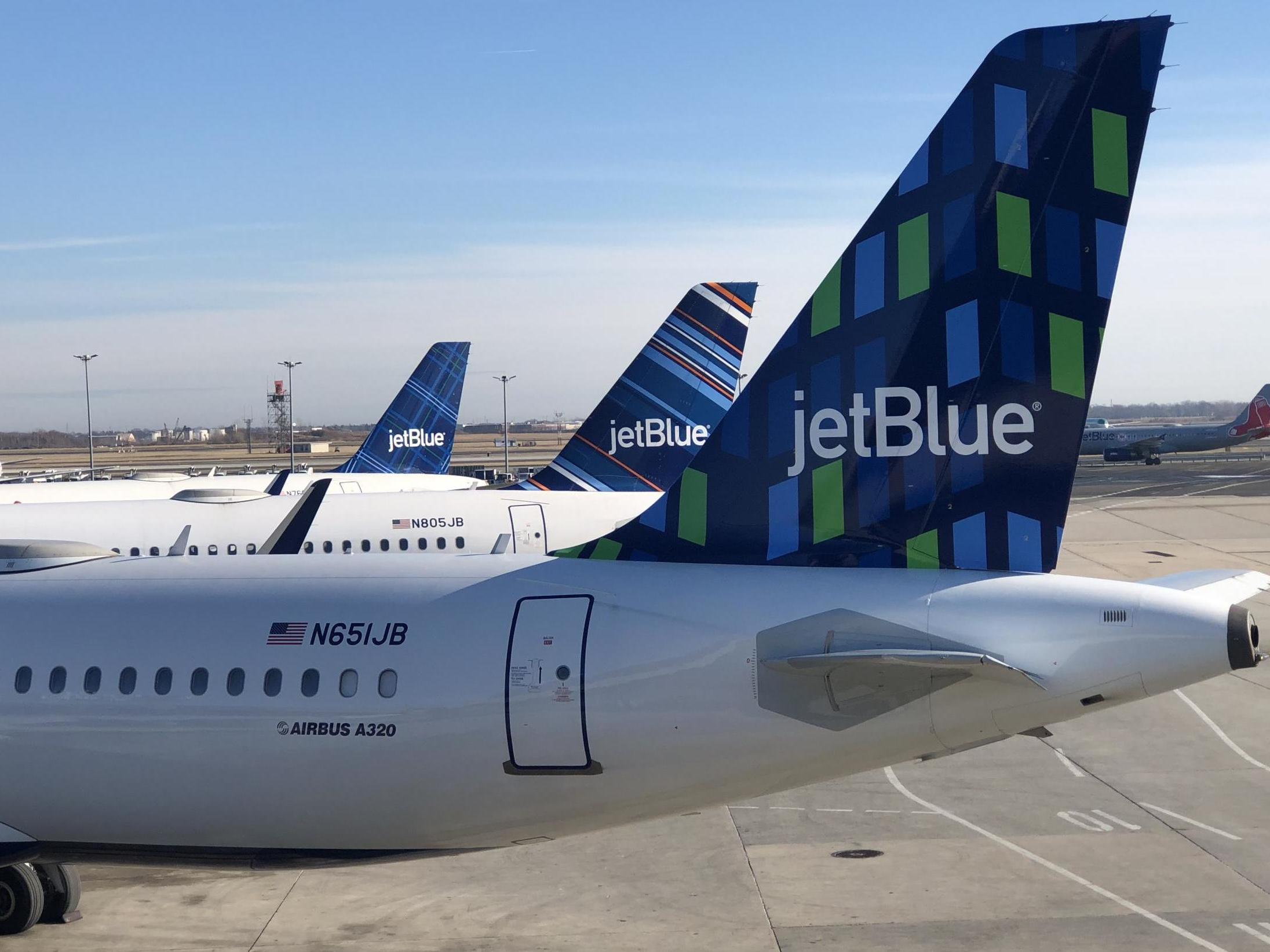 A leading US airline has warned that, as a result of the coronavirus pandemic, it is set to carry an average of fewer than 10 passengers on some of its flights.

JetBlue, like other US carriers, is seeking support from the American government after passenger numbers collapsed.

The aid rules require airlines to maintain a minimum service obligation to cities on its network.

But carriers are able to appeal for exemption from this obligation in cases where it would prove too onerous.

“JetBlue, and indeed the entire US, airline industry, is facing an existential, unprecedented crisis,” the carrier said in a filing to the Department of Transportation in Washington DC.

“Last April JetBlue earned approximately $22m each day in revenue, whereas this April it is only $1m.

“JetBlue is issuing cash refunds of more than $2m each day along with millions more in travel credits for cancelled bookings.”

In cities served by more than one airport, carriers are allowed to end flights to all but one.

The airline is based in New York, and will continue to serve the city’s JFK and Newark airports.

But it wants to suspend all services to another 11 airports, including Albuquerque, Dallas-Fort Worth, Minneapolis-St Paul, Portland (Oregon), Reno and Sacramento, between 15 April and 10 June 2020.

JetBlue “respectfully requests an emergency exemption” to abandon some cities – and provides painful evidence of why it is necessary.

“It has been well-documented that travel nationwide is down more than 90 per cent. In some metropolitan areas, including New York, the reduction is closer to 100 per cent.

“A rigid interpretation of the service obligation will only threaten to unnecessarily diminish JetBlue’s liquidity, with no commensurate public interest benefit.”

On one route, from Long Beach in California to Bozeman, Montana, the airline says: “Booked load factors are below 5 per cent for the month, making the 900-mile route unsustainable for JetBlue to operate.”

The sub-5 per cent figure means that fewer than 10 people are booked on the average flight.

Even on routes between major hubs where the number of flights has been cut right back, the vast majority of seats are unsold.

From Boston to both Minneapolis-St Paul and Dallas-Fort Worth, less than 20 per cent of seats have been sold – “with actual flown load factors even lower,” according to the airline.

Other carriers have made similar submissions, though none appears to have bookings as low as 5 per cent.