Coronavirus: ‘Up to 50 million pints’ going to waste in empty pubs across UK during lockdown 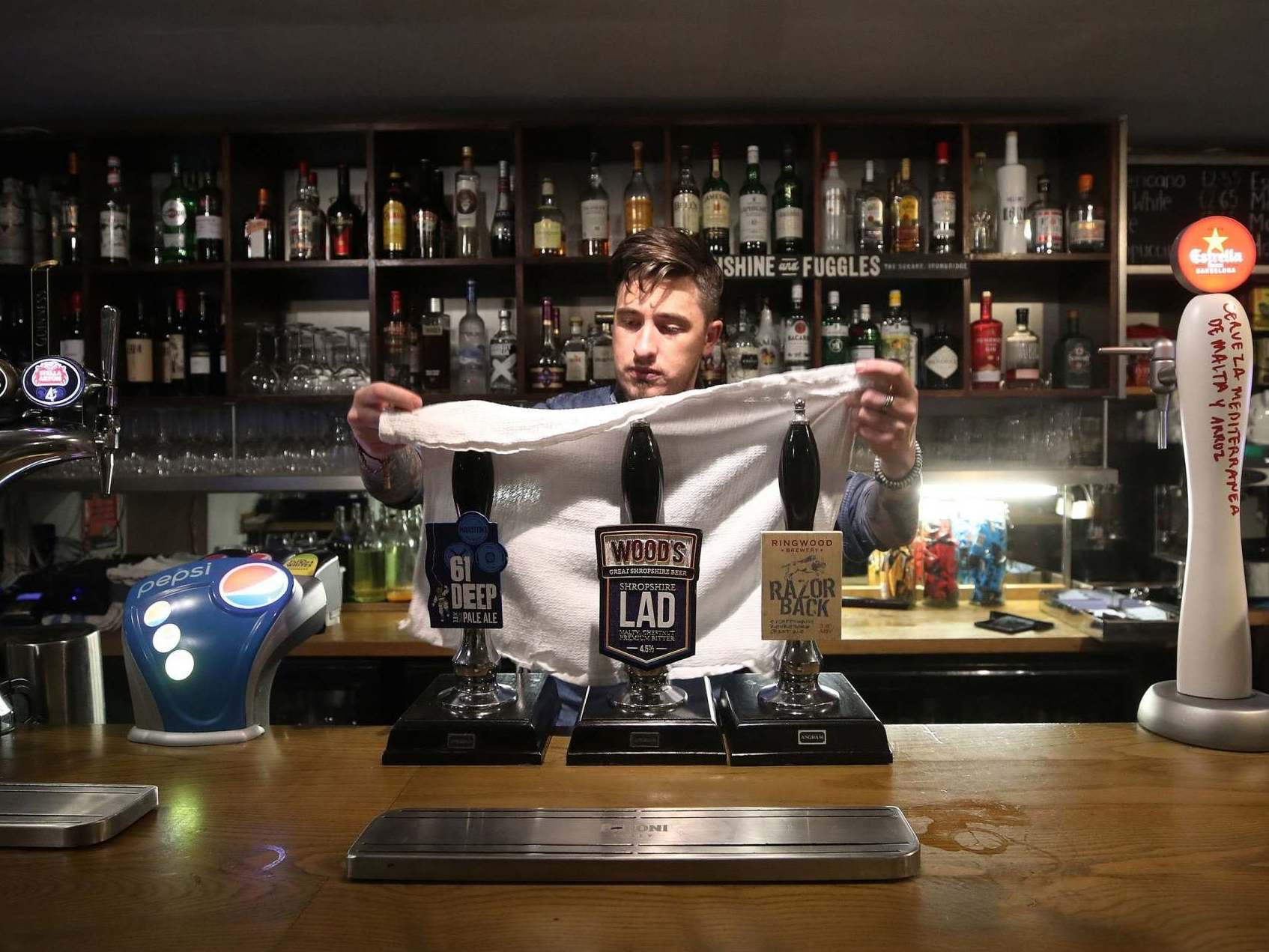 Up to 50 million pints-worth of beer left in empty pubs across the UK is going to waste and could be spoiled if the lockdown continues for several months, according to a leading industry body.

Public houses and bars were ordered shut by Boris Johnson on 20 March, as his government introduced a series of stringent social distancing measures designed to tackle the coronavirus pandemic.

The Campaign for Real Ale (Camra) has estimated 50 million pints-worth of beer is currently sitting inside barrels in closed-up cellars, based on the nation’s 39,000 pubs having an average of 15 barrels at any given time.

The group’s chief executive Tom Stainer fears most of it might have to be destroyed – given that best-before dates on pasteurised beer are normally three to four months after delivery – if the lockdown goes on until the summer.

“It’s a very sad waste of all the work and talent that goes into producing great beer,” Mr Stainer told the BBC. “People won’t get to drink it and all those resources have been used up for nothing.”

He added: “It’s not the biggest issue that the country is dealing with, but aspects of life like going to the cinema or cafe, or going for a pint, are something we treasure.”

The government has said that duty on any out-of-date, unsold beer can be claimed back by pub operators.

The British Beer and Pub Association (BBPA) welcomed the “flexibility” from the HMRC – and has published guidance on how publicans should destroy beer in a way that “is safe for staff and done in an environmentally responsible manner”.

Publicans are calling for the government to give them two to three weeks’ notice before they are allowed to open up again so they have time to get rid of unsellable beer and replenish their barrels.

With some pubs facing potential closure on a permanent basis, Camra is calling on pub company bosses to cancel rents for landlords during the crisis to help save as many of them as possible.

Whilst some chains have offered support to their tenants by cancelling rent payments, most of the largest companies have not. They are still charging rent, or deferring payments so tenants will still be billed at a later date.

“When all this is over, lots of us are looking forward to getting to the pub for a pint with friends and family,” said the group’s national director Ben Wilkinson.

“As Camra members, we stand ready to support our locals once again – but we need to make sure that pubs survive this crisis, so they can re-open and thrive in the months and years ahead.”