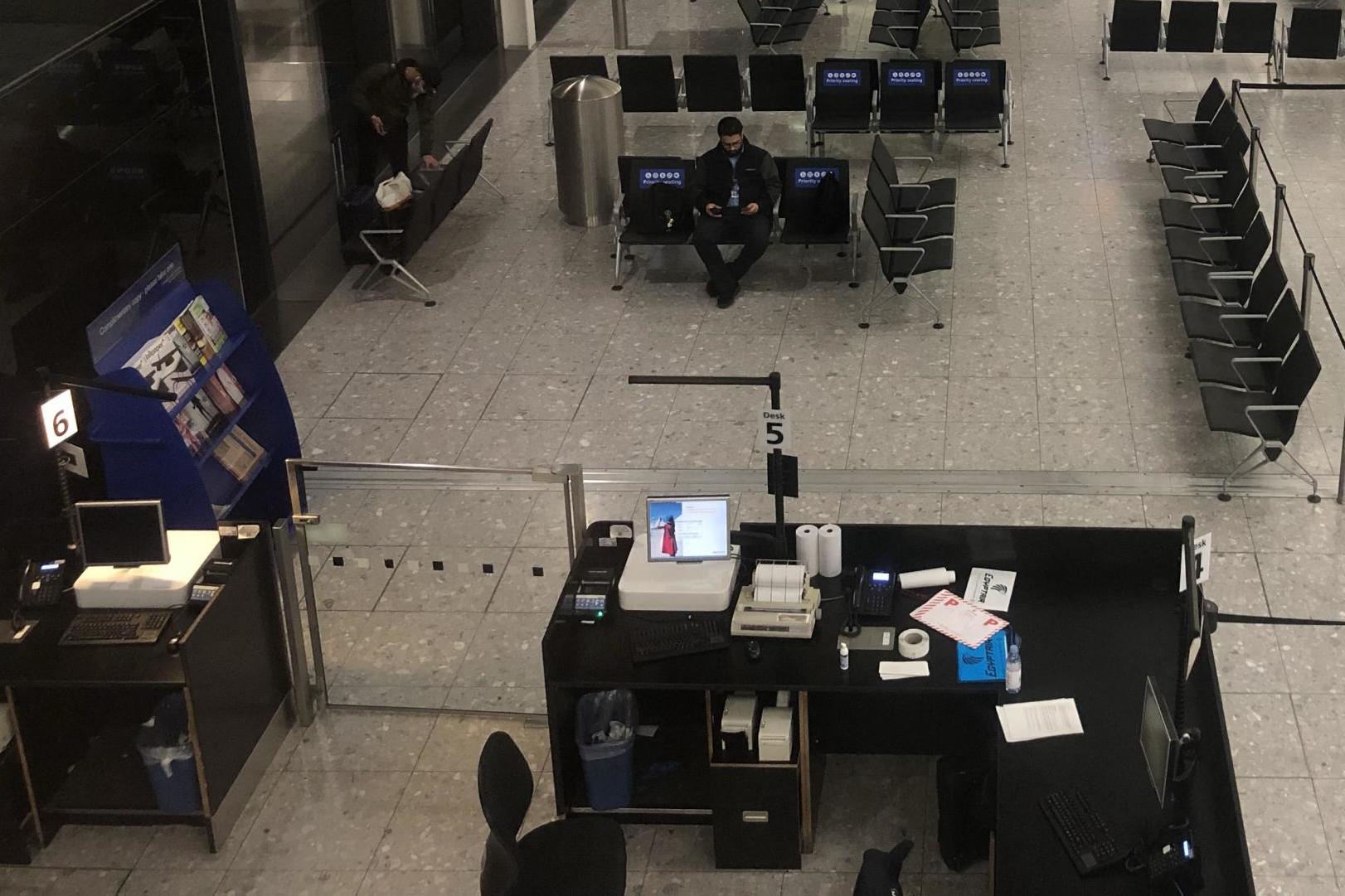 Heathrow airport, normally the busiest in Europe, has just experienced its worst month since the 1980s.

The west London airport, which has remained open throughout the coronavirus pandemic, has reported a 52 per cent slump in passenger numbers in March 2020, to 3.1 million.

The fall in traffic is worse than during the first Gulf War in 1990-1, the financial crash of 2007-8 and the volcanic ash airspace closure in 2010.

Heathrow’s links to the European Union were worst affected, with 60 per cent fewer passengers in March 2020 compared with a year earlier.

The smallest reduction was to and from Latin America, though this figure has been boosted by a number of repatriation flights from Peru organised by the Foreign Office.

Heathrow is handling many times more cargo flights than usual. The average number of freight-only movements in normal times is seven per day; yet 38 dedicated cargo flights were handled on one day alone, 31 March 2020.

But the amount of freight handled by Heathrow is down one-third compared with 2019. During normal operations, 95 per cent of cargo usually travels in the belly hold of passenger planes.

The airport’s initial forecasts show passenger demand in April is set to decrease by over 90 per cent, ”with lasting and significant industry-wide effects” predicted.

Last week, Heathrow – previously the world’s busiest two-runway airport – moved to single-runway operations. It is also closing Terminals 3 and 4, to consolidate operations into Terminals 2 and 5.

There has been speculation that even when unrestricted international air travel resumes, Terminal 4 – which is awkwardly located south of the runways, rather than between then – may not re-open for some years.

But Heathrow might decide instead to keep Terminal 3 closed and rebuild it as a modern, midfield facility.

Heathrow is doing better than other British airports. London City has closed completely until May, while Gatwick – the UK’s second-busiest airport – is opening only for eight hours a day. The sole remaining link between Northern Ireland and the rest of the UK is from Heathrow.

“Now is the time to agree a common international standard for healthcare screening in airports so that when this crisis recedes, people can travel with confidence and we can get the British economy moving again.”

Heathrow has installed hundreds of hand sanitiser dispensers, and deployed signage and floor stickers to remind passengers of the need for social distancing.

No mention is made in the announcement about the plans for a third runway at Heathrow.

Frankfurt airport is currently busiest in Europe, with Heathrow in second place.