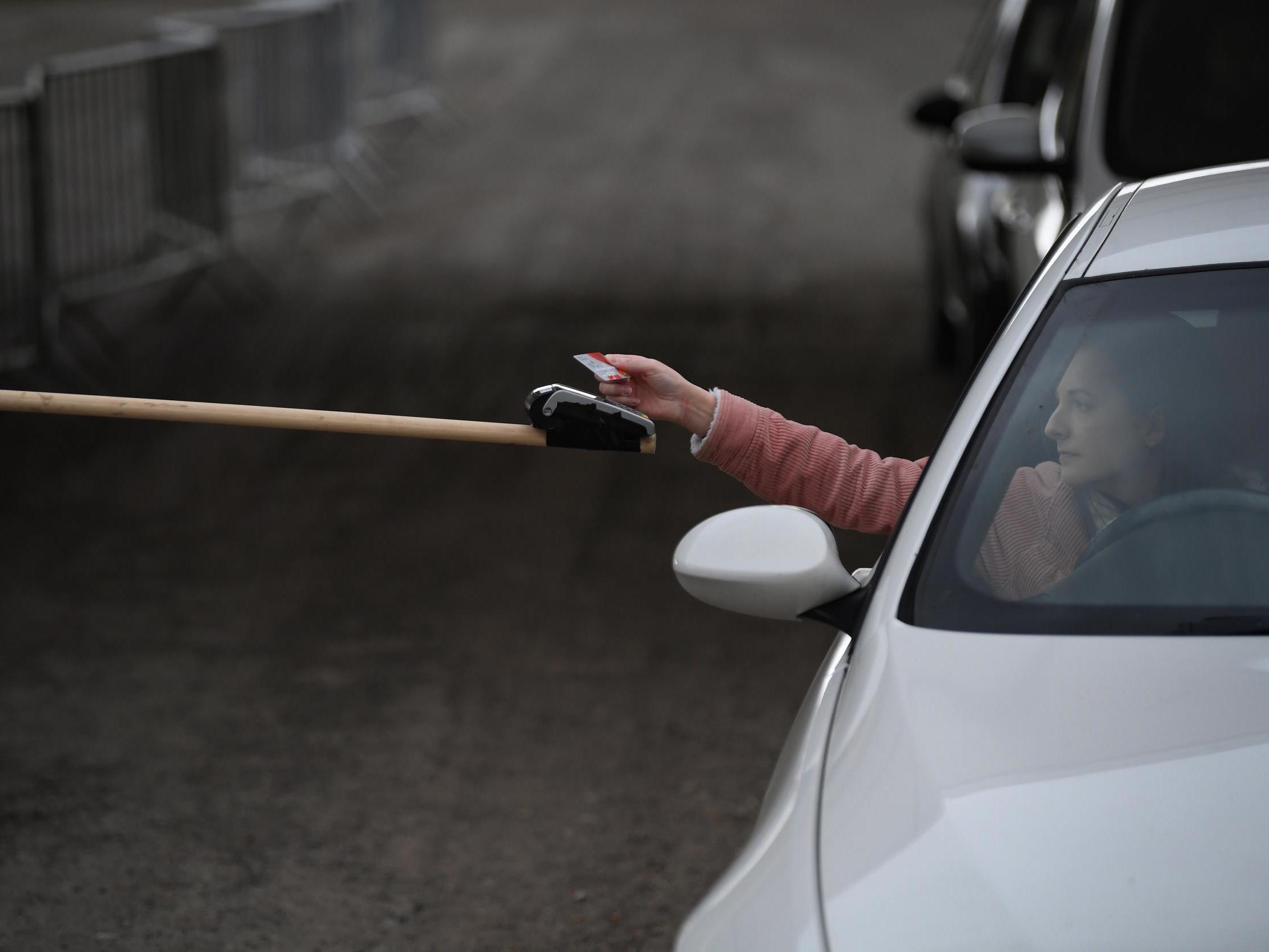 As more people worry about catching coronavirus from touching cash and credit-card terminals, a onetime niche technology is roaring into the mainstream.

Use of contactless mobile payments – services that once struggled to catch on in the US – is surging as people come to see their phones as the safer way to pay. They’re also using mobile apps tied to payments, such as Amazon Prime Now, to place delivery or pickup orders for groceries. The Treasury Department may even let people who don’t have bank accounts receive their coronavirus relief checks via mobile-payment services like Venmo.

“We shouldn’t be touching anything,” said Richard Crone, chief executive officer of mobile-payment research firm Crone Consulting. He expects contactless payments to grab an additional 10 per cent to 20 per cent of transactions at stores and ATMs as the result of the pandemic. Person-to-person services like PayPal, Venmo and Zelle should benefit as well, Mr Crone said.

It’s easy to see why. Even with retail stores cleaning more often than ever – if they’re open at all – handling cash or touching payment keypads stands out as a major risk. With contactless pay, you link a bank account or credit card to your phone and then tap the device on a contactless reader or hover over it to trigger payment.

Already, 27 per cent of US small businesses have seen an increase in customers using services like Apple Pay, according to a survey of 361 companies released in April by the Strawhecker Group and the Electronic Transactions Association. Publix Super Markets sped up its transition to contactless terminals because of Covid-19, according to the company. Starting in early April, consumers at all Publix stores have been able to use services like Apple Pay and Google Pay to check out.

“I know a lot of merchants are putting signage up at the point of sale, ‘Please use contactless’,” said Linda Kirkpatrick, a Mastercard executive who works with banks and credit unions.

Burger King released a commercial in March to encourage customers to use an order-ahead app to pay at drive-thrus.

A couple of weeks ago, retail giant Walmart Inc. tweaked its self-checkout system to go completely contactless when shoppers use Walmart Pay. Previously, you had to touch a “Pay now” button after scanning your groceries. Now, you can read a QR code with your phone to pay. Use of pickup and delivery at Walmart is growing as well.

“You are seeing customers start to use services they weren’t interested in before,” said Molly Blakeman, a Walmart spokeswoman.

Many sellers at farmers’ markets have stopped accepting cash, and are instead using apps like Venmo, which is owned by PayPal Holdings Inc. The app got it started as a way for friends to reimburse each other for dinner or for roommates to handle rent.

PayPal said it’s allowing people to receive their stimulus checks through its namesake service and testing it on Venmo.

At Zelle, a person-to-person payment app supported by Bank of America, JPMorgan Chase and others, users have been sending money to loved ones for prescriptions and groceries, said Meghan Fintland, a spokeswoman. Some are buying items in bulk for the whole neighbourhood and then using Zelle to collect payments. Others are sending cash gifts to relatives for their birthdays.

“People don’t want to handle cash, especially at this time, so they are looking to mobile payments as the b,est alternatives,” Ms Fintland said.

That said, the coronavirus shutdown has hurt some types of mobile payment services and forced others to adjust.

Toast Inc., which makes management systems for restaurants, laid off half its staff in April. Earlier this week, Grubhub pulled its 2020 guidance, largely because of the acute situation in New York, where many restaurants have closed. Companies that serve ride-sharing companies, like Stripe and Adyen, may also suffer as usage declines.

“We’ve seen so many folks pivoting to online to keep their businesses going,” said Katie Dally, a Square spokeswoman. Independent booksellers and other businesses are offering pickup and delivery too, she said.

As more people embrace contactless technology and get used to paying that way, consumer behaviour is going to change for good, experts say.

The rush delivery service at supermarket chain Safeway hit 670,000 weekly active US mobile users the week of 29 March, up from fewer than 50,000 in the week of 1 March, according to the analytics platform App Annie. Amazon Prime Now’s Android and iPhone active user base grew 60 per cent, according to App Annie.

“It’s behaviour that’s going to stick after stay at home ends,” said Jordan McKee, an analyst at 451 Research. “There will be muscle memory about paying, and consumers will use it going around their daily life.”