Coronavirus: Amazon creating lab to test its employees for Covid-19 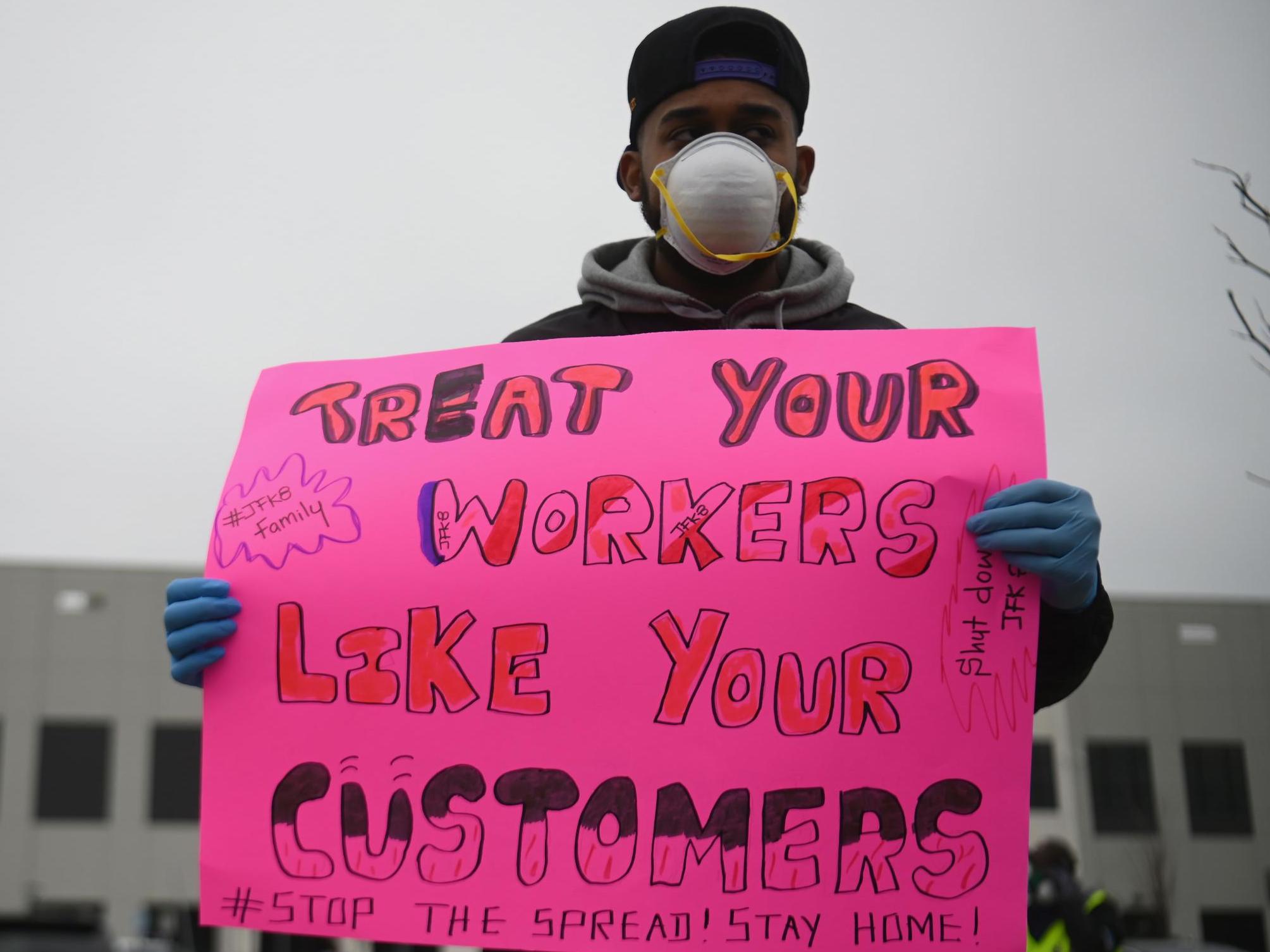 Amazon has said it is developing a lab to screen its workers for coronavirus, stating that more visibility into who is infected is essential to returning its business to normality.

Employees in at least 64 of its warehouses and shipping facilities have tested positive for Covid-19, the disease the virus causes, and workers have spoken out about the risks inherent in their working conditions.

The e-commerce giant has begun assembling the equipment needed to build a facility and said in a blog post on Thursday that it hopes to “start testing small numbers of our front line employees soon”. Amazon described the lab as having “incremental testing capacity”, relative to what governments might set up.

Amazon acknowledged that its effort might not be ready before the coronavirus outbreak subsides.

“We are not sure how far we will get in the relevant time frame, but we think it’s worth trying, and we stand ready to share anything we learn with others,” the company wrote.

A person familiar with Amazon’s plans said the company is working on antigen testing – a diagnostic test to determine whether a person is infected, as opposed to a blood test that could detect antibodies made by the immune system when a person is exposed to the Covid-19 virus.

Last week, Reuters reported that Amazon had been in contact with the chief executives of Abbott Laboratories and Thermo Fisher Scientific to look into obtaining equipment to screen workers for the virus.

The botched rollout of the federal government’s testing effort has led to a handful of companies developing their own kits. But testing is still extremely limited. In San Francisco, for instance, less than 1 per cent of the population has been tested. It’s unclear if any other employers are working on labs to test their own workers.

“Regular testing on a global scale across all industries would both help keep people safe and help get the economy back up and running,” Amazon wrote in its blog post. “But, for this to work, we as a society would need vastly more testing capacity than is currently available.”

Donald Trump on Thursday said mass testing for the coronavirus is not necessary for the United States to get back to normal, contradicting experts who say widespread testing is critical to ease out of social distancing.

In addition to acquiring the equipment, Amazon said it has also moved research scientists, program managers, procurement specialists and software engineers from their day jobs to a team dedicated to the initiative.

Amazon has been overwhelmed by the crush of order from shoppers, many of whom turned to the online retailer as they remain at home for weeks or more on orders by cities and states. As a result, the company has delayed shipping nonessential goods to prioritise household staples, such as toilet paper and bleach, that are in short supply during the coronavirus outbreak.

As it struggles to meet shoppers needs, the company has also faced increasing pressure from employees and politicians to better protect warehouse and shipping workers from the virus. Employees have protested in New York, Michigan and Illinois to demand personal-protective gear, as well as changes in rules regarding the speed at which they’re required to work, something that might discourage safe sanitary practices.

Amazon began handing warehouse workers face masks this week and is now checking the temperatures of employees as they begin shifts, sending workers home for three days if they register a temperature of 38C or higher. And the company has imposed new rules to make sure workers maintain safe distances from one another.