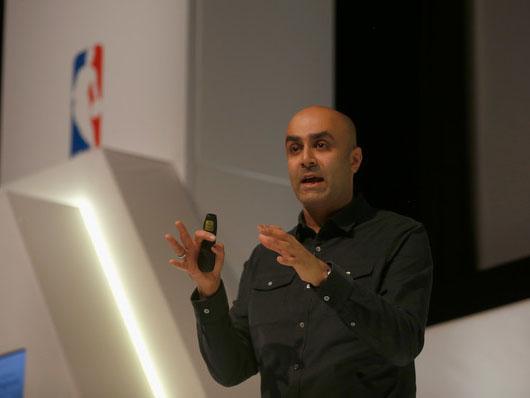 When Chintan Patel was growing up in London, he had a next-door neighbour called Mr Singh. Mr Singh was a professor of mathematics. If the young Chintan was ever stuck on his homework, his parents would say to him, “Go and see Mr Singh.”

Apart from helping him with his arithmetic, Mr Singh would regularly tell him that tech was going to be huge when he grew up, so he needed to know all about it, but he would add, “Don’t forget business!” He was more into applied maths than the pure kind. “He was a big influence on me,” says Patel when we meet in the cafe at the British Library on Euston Road. “I’m forever grateful for his guidance and inspiration.”

The idea of a grand synthesis between science and commerce has led Chintan Patel, now 43, to his current position of chief technical officer at Cisco, the network provider. But he also has a sense of the romance of technology. He is a utopian by instinct, a seer who dreams of endless progress. “Who would have imagined, 50 years ago, that we’d have devices in our pockets more powerful than the computers they took to the moon?”